Stay out of it, Mayor

THERE WAS AN ordinance introduced at last night's City Council that would give the mayor the authority to appoint the chiefs of police and fire department. Not only that, the chief's term would end when the mayor's term ends.

Ludicrous, underhanded and reeking of partisanship are descriptions that come to mind when looking at the issue.

First of all, the chiefs are picked by a three-person commission. These three men, all good citizens of our city, take the applications and carefully go through an exhaustive process. The idea is to let them do their job and to keep favoritism and politics out of the process. And it works.

Mayor Mike Troup says the ordinance was introduced because of cost issues and "accountability" after the commission picked Vahlkamp.

Read between the lines here - "cost" has never been an issue before. And "accountability" means somebody got their feelings hurt and threw a fit when their candidate didn't get the fire chief's job.

Interesting how the ordinance was posted on the agenda on Friday, yet neither chief nor many of the aldermen were contacted about it or told it was coming. Neither were the commissioners. This is a big issue and it caught a lot of people by surprise. Intentional? You decide. 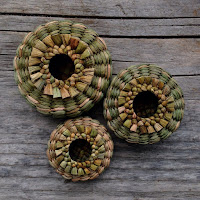 Look. If you are the mayor, or an alderman, or a member of the city administration, you are not supposed to have your buddy or your friend or your guy be the chief of police or fire chief. You are supposed to work with the person in charge, not manipulate or direct them to any certain policy.

Why change something just because your person didn't get picked? Or are there other issues out there we don't know about? It give the impression that the mayor and his administration are trying a power grab to gain more authority.

All I can tell you is the three men on the commission - Steve Meckes, Barry Cheyne and Kerry Anders - are good men who have quietly done a good job for many years. Ironically they are selected by the mayor to be on the commission. In fact, the commission was formed in 1972 and has rarely missed the mark when picking a new chief.

Stay out of their way, mayor. They know what they are doing. It's one less thing you need to worry about.

Bank robbery across the street

THERE WAS A robbery at Mercantile Bank yesterday afternoon. It's right across the street from Second String Music. The man came in, got an undisclosed amount of cash, and took off on a motorized bicycle. This was about 1:15.

A few minutes later we noticed Quincy Police officers standing on the corner, and more officers arriving. They locked down the doors and stood in front of the entrances. They found a guy who saw the robber flee north on Fifth Street. Instantly the Web Warriors started making the usual ignorant comments on one of the social media sites, like "good for him" and "only in Quincy." 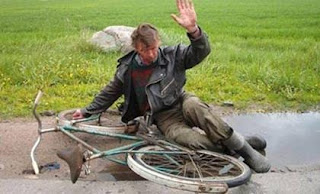 This was the first bank robbery I can remember in a while. There were some horrific robberies when I was at The Whig. Hannibal banks got hit a bunch of times in a row and I'm not sure they caught the bad guys. The notorious Richard"Sincere" Carr, one of the biggest dirtballs to ever float through Quincy, robbed the credit union that used to be near 14th and Maine, right across the street from Quincy Junior High School. They locked down the school and eventually evacuated all the students to the high school. That was one chaotic and messed up day. Thanks, Richard. I'll never forget you or all the other stupid and downright evil stuff you did. And I assume you are still enjoying the hospitality of the Illinois Department of Corrections.

More than two hours after the robbery, Quincy Police officers noticed a man at 18th and Broadway who matched the description of the bank robber. They quickly moved in and apprehended him. QPD says all the money from the robbery has been recovered. So it looks like they got their guy and all is well.

The man's name is Samuel Kenwick. He looks vaguely familiar. But it's hard to say if he's a downtown regular or just a drifter. One thing I learned writing about crime and courts is that there are two sides to every story and often more to the story than meets the eye. But in this case, it's hard not to speculate.

Maybe he needed bigger tires on his motorized Duicycle. He might not quite be all there - police said the suspect was wearing clothing that matched the description of the bank robber. Who would be seen at the busy intersection of 18th and Broadway just a few hours after robbing a bank? Change your clothes, you silly goose! Maybe he was having a cold one at the local tavern, or getting a prescription at the drug store near the corner, or at the gas station scratching off a lottery ticket.

The one thing not to take lightly is the trauma induced on the bank tellers. There was no mention of a weapon being displayed, but we tend to downplay just how terrifying it can be to go through a robbery. There was a really good SSM customer who was in the store just after it happened. He is a therapist. "I probably will get some business from this," he said. And he wasn't joking or being facetious. It's a terrible thing to go through. And with this mask business going on, you can't blame the tellers for being jumpy or wondering just who is going to wander through the doors next.

Anyway, we are glad nobody was hurt, the bad guy was presumably caught, and the money recovered. Just another afternoon at Fifth and Maine!