THERE'S AN EVENT Sunday at Electric Fountain Brewing called the Original Music Series. It starts at 12:30 p.m. and features Travis Hoffman, Steve Rees, Logan Kammerer and Abigail Robison. It's acoustic and each person will perform original songs. The event is free and EFB has great coffee and drinks.

Phil Carlson organized the first one last month and it was a big hit. His goal is to do it monthly and have a few experienced players in the lineup, but he really wants an opportunity for artists who normally don't play out in public, or just don't have a lot of experience. He's also stressing the original music theme, because there aren't many places to play your own songs in Quincy.

Logan and Steve are amazing players and singers, and they will sound great it as usual. Travis used to play all the time and has recently gotten back into it. Poor Travis - he's filling in with our Pepper Spray jam band Saturday morning for the QHS Color Run at the high school, and hopefully he's not too scarred for Sunday.

Abigail is a junior at Quincy High School. She has taken guitar lessons from me for a long time. I've always encouraged her to play and sing her own songs, but until a few months ago I'd never heard her sing.

She came into her lesson and said she had to try out for the New Faces talent show at QHS. When asked what she was going to do, she said it was an original song. Aha!

I knew it would be good. But when she started singing, I almost fell off my chair and I actually teared up. Geesh. Somebody get this girl some gigs! I hired her on the spot to play at QFest this summer.

She played the song at all three nights of New Faces and did a great job. Now she's going to play more of her own tunes. I'm sure she'll be nervous, but it doesn't matter - she just needs to get up and do it, and learn how to play in front of people, which isn't easy.

Abigail will be awesome, like the other three. I encourage you to attend and support live and original music in Quincy. And thank you Phil for putting this together, and to Ryan Christian at EFB for hosting.

Freddie Tieken was a legend

WE ARE SADDENED TO HEAR Freddie Tieken passed away Tuesday in Arizona. He's among the most influential musicians to come out of Quincy, and his days with Freddie Tieken & The Rockers were stuff of legend.

The best resource to learn about Freddie is his website, where he tells the tale of his band and their adventures in the 1950s, 60s and beyond. He has great stories of playing with crazy musicians, touring the region and even the country, and overcoming the millions of obstacles to become successful.

Back in his heydey, Freddie and his band commanded big audiences at places like Turner Hall, Quincy College, Sheridan Swim Club, the race track in West Quincy and The Barn. Freddie played sax and ran the show, and one of the young musicians who joined up was fellow sax player Jack Inghram, who recorded the band at its peak. Those recordings are still around and pop up on YouTube if you want to listen.

Freddie had a recording studio and did big-time projects with big-time bands. His stories of the legendary Smokehouse are priceless. He later moved to Chicago and then to Arizona. 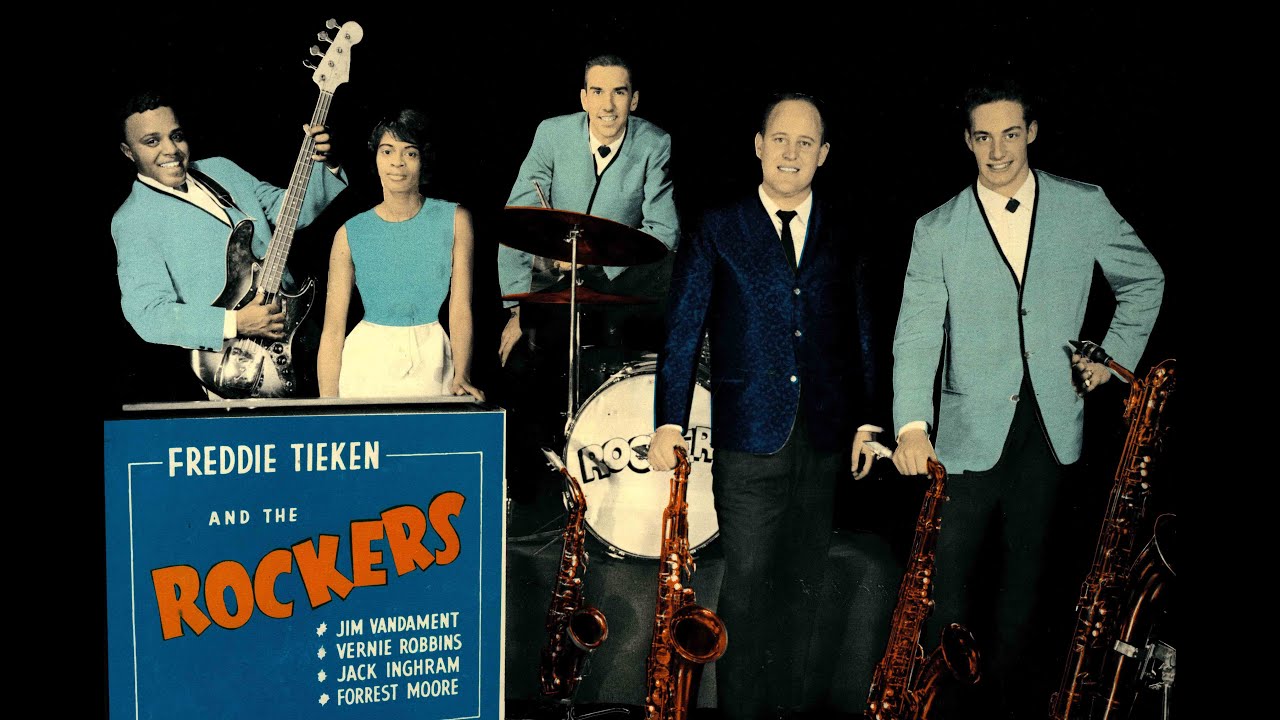 Ten years ago, Phil Conover wandered into Second String Music and said the Mendon schools were honoring Freddie with an award and a fundraiser. Freddie grew up in the Mendon area and hadn't been back to the Quincy for many years and long ago gave up playing his horn, but he agreed to come back. Phil asked me to put together a band to have a jam session, and I rounded up Cheeseburger drummer Kirk Gribbler and roadie Frank Haxel to help.

I wrote about Freddie coming back, one of my last Herald-Whig columns. I talked to him by phone and he was in really great spirits.

I know Jack played with us that November night at the Holiday Inn. So did Vernie Robbins, the incredible singer. Ron Shumake played bass and Dave Bradshaw was on drums. Phil even played keyboards on a song. I know there were others so I apologize if I've left them out. Geesh, what a blast! Freddie, of course, had blown out his voice speaking to students earlier in the day, and by the time he got to rehearsal his voice was shot. He still gutted it out and we did five or six classic Rockers tunes, and the place was jumping.

Freddie was in his mid-80s. He had a great run. I'm not sure he was in the greatest of health toward the end, so he's in a better place now and probably organizing a band for some holy jam session.

Peace to him and family.