I REMEMBER CLARENCE Starks. He killed two people and spent most of his life in prison. The first person he killed was 3 years old. The second was a homeless man, and he stuffed him into a closet in an abandoned house.

And now he's living three blocks from our business.

I saw Clarence Starks in a courtroom several times when I was a reporter for The Herald-Whig. In court he had a dead stare I saw in only a few other diabolical people. He got sent to prison in 2007 and I wrote about him. But let's start at the beginning.

In 1985, Starks killed his 3 year old step-daughter. He did things to her before he killed her. He abused the little girl's mother. It was beyond cruel. The little girl had a sister who is now a friend of mine, and I cannot imagine what this was like for her.

This was about four years after the Alan Madden case that rocked Quincy and the entire country and led to a lot of legal reform. Yet there was little reaction in Quincy when Starks killed the girl. It was .... strange.

Starks was sentenced to 40 years in prison. He served 22. You can look all this up on the Illinois Department of Corrections website. Back then, you could get day for day credit, even for a violent crime. Starks also served time in 1980 for battery and taking indecent liberties with a child.

In October 2007 I was in the newsroom when police scanner traffic indicated a chase on the north end of town. Seemed a man had stolen a pickup truck at Fifth and Hampshire and was fleeing from police. He was heading back into town, and on a hunch I headed to Clat Adams Park to see if police would catch him.

When I got there, an officer was pushing Starks into the back of a squad car. The stolen truck was on the railroad tracks on the north end of Clat Adams Park, where Starks crashed it trying to make the turn just past the Pier Restaurant. Starks pleaded guilty to several charges and started serving an eight-year sentence.

When Starks was booked into the Adams County Jail after crashing the truck, police noticed what appeared to be blood on his boots. Then information came out that Starks was a suspect in the murder of a homeless man in Quincy. The boots were still in evidence.

I remember the man Starks killed, John Kelley. He used to wander around Washington Park and I'd see him collecting cans for recycling. I went into the park and talked to some of the regulars to find out more. Seems there was an abandoned house less than a mile away at Sixth and Oak where homeless people stayed. There was a pecking order to the arrangement - you stayed in a certain area, you left before dawn and you didn't come back until it was dark. From what I remember there were actually titles given to certain people who made the rules and kept order in the abandoned house.

John Kelley supposedly ran afoul of the so-called rules and there was a confrontation with Starks. Kelley was strangled to death and stuffed into a basement closet, and his body wasn't found for a few weeks. A man doing work around the house noticed the smell, located the body and called police. What they found wasn't pretty, obviously. They had to cut the hands off the body, use water to pump up the skin on his fingers, and then get the fingerprints to finally identify him as Kelley.

Information developed that Starks was involved in the murder. Police remembered his boots, still in an evidence locker, and they were tested for DNA. The evidence led to Starks pleading guilty to second-degree murder, and he got a 22-year sentence. 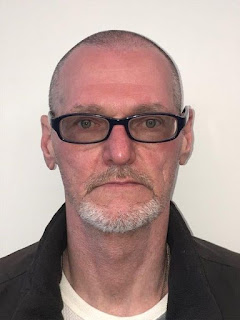 Of course that sentence was served at the same time as the eight-year sentence. It was all part of the plea bargain deal. There was no way it could go to trial because of witness issues, and it was the best outcome at the time - forget about all the horrible things Starks did 20-plus years ago. Starks' court-appointed attorney called it a "fair" outcome. It was two homeless guys, and most of Quincy shrugged.

On Monday, the Quincy Police Department issued a press release about Starks. He's been released from prison. It gave his address, the hotel at 200 Maine Street.

This is not right. How can this awful excuse for a human being be out? He should have never been released from the 1985 murder, let alone another homicide. It's a frustrating example of the numerous cracks in our criminal justice system.

Take a good look at his photo. And stay away from him. Men like Starks, and I use the word "men" loosely, usually dig their own graves. He'll get into trouble again.

I just hope it isn't for another murder.