Don't take this job. You will regret it. If you take it, you'll be miserable because you'll be working for an ignorant and petty man who happens to be the current mayor of our city.

I like you, Mr. Lewin. You came off very well at the public forum nearly two weeks ago. Yes, you are from Chicago and you don't know squat about Quincy or what we are all about. But a fresh set of eyes is sometimes a good thing. I want you to know if you do take the job, I'll be among the first to congratulate you and welcome you to Quincy.

To say the mayor has bungled this whole thing is like saying gas prices are too high. But unlike gas prices, where we have little control, we might be able to do something about our mayor. We can certainly make him a one term mayor. Let us worry about that. You have better things to do with your life, Mr. Lewin.

This mayor has made the lives of QPD brass miserable from the day he took office. He's convinced the department is in shambles. He says he gets complaints all the time. But he has yet to produce one shred of credible public evidence about the complaints about the department. He and Mike Farha, an inept alderman, keep talking about all these problems at QPD. Then show us the proof, mayor.

The mayor and the aldermen have succumbed to the one thing you should never do when you are a decision-maker - they believe the 1 percent of the people making 99 percent of the noise. And it's made a mockery of this search. Why bother going to the police department and talking to all of the officers and staff when you can believe the Kool-Aid coming from just down the street from your office? I'll tell you more about that whole deal later, if you want.

I will also say Adam Yates, one of the three finalists, is one of my best friends. So this is biased and completely one-sided. Believe what you will. But you yourself know how qualified Adam is, and I think you were impressed with him.

The mayor torpedoed Adam and the other candidate, Shannon Pilkington. He stacked the deck with ridiculous and inappropriate stakeholder selections. The two people he picked as stakeholders had no business deciding who was going to be chief, none. Why there wasn't somebody from a social services or criminal justice background in the stakeholders is beyond me. They are the ones who gain or lose the most in this deal. 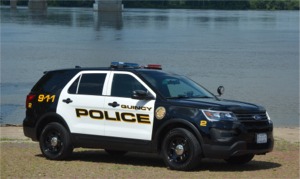 The mayor has angered and baffled the Police and Fire Commissioners. These are good people who have made good decisions for many years. Make sure you read the story about Steve Meckes I linked above. Enough said.

Whatever you do, Mr. Lewin, you need to make up your mind now. Quit leaving us hanging while one of the most important jobs in the city hangs in the balance. If you want the job, take it. We'll welcome you and the mayor and his ego are all yours to deal with - good luck.

Or turn it down so we can move on. Thank you for your interest in our city and our department. I hope most of this has been a positive experience, and I'm sorry it dragged on so long.