I wrote a story for Thursday's Whig about a local band playing a show Saturday night at The Club Tavern. They are called Awaiting The Gallows. They are super excited about the show and playing with two other bands, We featured them because they are good guys and they have a passion for what they do, and it's a big local event. A young copy editor at The Whig named Cody Bozarth put the page together and made it look great. 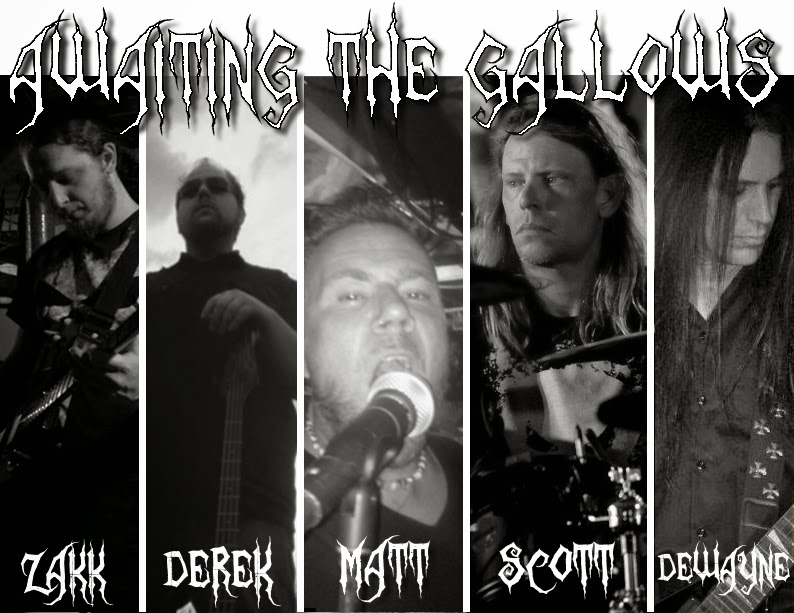 I know for a fact we sold some papers and I got a lot of positive feedback from the guys in the band and their fans. I don't write stories to get love - you'll last less than a day in the journalism bidness if you have that attitude. Most of the time if I profile a band or a person, I might get a thanks or two, and that's great. But in this case, I was overwhelmed by the response.

It tells me they appreciate it. They work just as hard as any musicians around here and getting a little recognition is a good thing.

I don't care what kind of music you like or listen to - rap, country, metal, classic rock, indie, emo, schmeemo, whatever. We are all in this together as a local music community and we need to appreciate and support each other, no matter the genre or style.

Rock on, boys. Have a great show Saturday!
Posted by Rodney Hart at 9:17 AM