Old letters and the impact of writing

CONRAD MESSMER SENT me a message last week. His father, Jacob, had just passed away and Conrad wanted me to know how much a Herald-Whig article I wrote a long time ago meant to his dad, and to him.

The story was about Conrad's massive Star Wars collection. I vaguely remember going to their house and walking into his room and being blown away by all the stuff. It was about 18 years ago. Conrad included an image of the article, and it was pretty obvious this story wrote itself.

I ran into them a few times after the story was published, and I even sold a guitar to Conrad a few years ago. They always reminded me of the story and how cool it was to get some love for the collection. And all these years later, Conrad wanted me to know about the positive impact of a story in a small-town newspaper. And that means a lot. 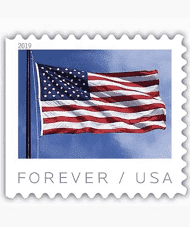 Last week Sheryl did some cleaning in the back room of Second String Music and found a box of stuff from my days at the Whig. Most of it was thank you cards for stories I did, and to be honest, I don't remember a lot of them. But I must have not screwed them up because they were from happy people.

It represents a very small percentage of letters compared to stories. To be honest, if I wrote a story or column and nobody said anything, I considered it a success. My last 12 years at the paper I wrote about crime and courts, and I made a lot of people mad, and I learned to ignore it. I got a lot of hate mail but I threw it away most of the time, and quickly forgot about it.

In the box I found some letters from the Missouri Department of Corrections about covering two lethal injections. There was a letter from James Scott from the Missouri DOC agreeing to an in-person interview. From the Adams County Jail was a letter from a man who killed another man in a fight and claimed it was self-defense. He's still in prison today, for other things. I finally tore the letter up and and tossed it in the trash.

I kept the more personable letters and items from stories I remembered. I was an OK writer who tried his best and had his share of mistakes (thank God for editors like Don Crim, who saved my bacon countless times). But it's nice to know the job I did had a positive impact for many people.

And that's what I choose to remember the most from my days at The Whig.