Facts about downtown, not political jibberish

A MAN IN Quincy recently decided to run for mayor. There was a story about him in Sunday's Herald-Whig. I think it's great he's running for office, even if he has no experience. If somebody thinks they can do better, they can file the paperwork and get to work, and let the voters decide.

This man had some interesting things to say about downtown Quincy. According to the paper, he wants to redirect riverfront development plans toward encouraging economic development in The District.

"I like the idea of focusing on Washington Park," he told the paper. "I can just imagine how all of those empty storefronts could all be businesses, how we could have more upgraded apartments in these buildings."

He has the right to say what he wants, and he can "imagine" all he wants. But here are some things to consider from a person who's worked down here for nearly a quarter of a century. I worked at The Herald-Whig for 16 years. Sheryl and I moved Second String Music to Fifth and Maine eight years ago, and we've owned the building for seven.

First of all, downtown storefront occupancy rate is above 90 percent, according to Bruce Guthrie of The District. Yes, there are some unfortunate examples of neglect, but there are lots of people trying to make a living down here, and there are more and more people living downtown.

I walked around Washington Park and counted the number of "storefronts," a term subject to debate. There are a couple of places not open to the public but certainly occupied, so I've included them as occupied. I counted all the buildings around the square, including all four corners.  By far the most exciting news is what's coming in the old building at the southwest corner of Fourth and Hampshire. There are construction crews in there as we speak. I won't spill the beans because I'm not sure the new owners have made it public yet, but it's an incredible addition to the square.

There are 30 storefronts. There are five that aren't "occupied" at the moment. The biggest holes on Hampshire Street are the old Winter's West Wing and O'Griff's properties, and they've been for sale for a while. There is interest but it could take time. There is one more debatable unoccupied space on Hampshire. I'm counting the Washington Theatre as occupied.

On our block there are two "unoccupied" storefronts. So I've come up with five total. Out of 30 properties, that's an occupancy rate of 85 percent. Is it good? Well, no, to be honest. It needs to be 100 percent. But it's not as horrible as many people believe. Also, when elected, will the new mayor shop downtown and shop local if our percentage is "only" 85 percent?

As for renovating upper floors in downtown buildings, yes, we could be better. But take a look at what Sixth Street has done in recent years, and the west side of Washington Park. The apartments are incredible and new businesses have added a ton of flavor down here. Will our mayor live downtown?

Sheryl and I have spent a lot of money and time renovating just the first and second floors of our historic Dodd Building. Sadly, the top three floors are not in good shape and require extensive renovation. We've spent the last month cleaning those floors and the basement, and it's nasty work but it's got to be done because our building is for sale. We are in no hurry and it's our fervent hope the new owner will have both vision and resources to make the upper floors spectacular.

There are programs to help and the city will match funds if you do decide to renovate apartments, but it's a competitive process, and we are simply not in the business of being a developer for a five-story building.

Since the man running for mayor thinks we need to renovate all this space, I'm asking him to come up with some concrete ideas, not just say it needs to be better. Of course, it needs to be better! So on his first day in office, I'll come down to Eighth and Maine and he can just hand me a blank check to renovate my building, and everybody will be happy. Maybe he can loosen up the building codes and give us exemptions on the fire code. It's easy to point out what needs to be done. It's harder to come up with practical and affordable plans to make it easier to accomplish. 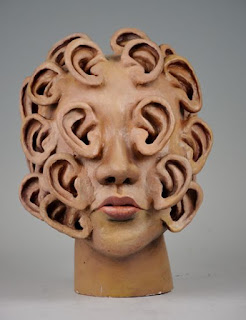 There is a billboard at Eighth and Jefferson of the candidate. I'll reserve comment, other than saying posing in a military uniform for a political ad is interesting, at the very least. Best of luck to the candidate as he moves forward. In the Whig article, he says he'll connect with people via Facebook and social media. I'm taking a Facebook and social media break right now, so I guess we'll talk later, if he wants.

If he does come to Second String Music, he has to wear a mask, though in the article he says he's "neutral" on the issue of a citywide mask mandate. I do invite him to call Bruce Guthrie at The District office if he wants accurate information.

Downtown Quincy has come a million miles, even in the seven years we've been here. We have a million more to go. Solid ideas and plans backed by practicality are needed, not general perceptions and inaccurate viewpoints. Come down here and talk to the people who live and work down here, especially if you are going to run for office. We'll be all ears.
Posted by Rodney Hart at 10:27 AM