THE CHEESEBURGERS ARE taking a break. All five members agreed this week we will not play again in 2020, in light of COVID-19 concerns and Kirk Gribler getting the virus.

Kirk is still struggling with fatigue some three weeks after getting COVID-19. This is no hoax. This is real. His health is paramount and we aren't going to mess with it. Replacing him, even for just a show or two, wasn't appealing to us.

We haven't played since March. We canceled our Music Under The Stars show in Hannibal in two weeks. This was a bucket list show and we are bummed. It would have been one of the better shows we've done, had we been ready. But the band was not ready. We had a few other shows planned, but almost everything got canceled during this long and strange F-2020. 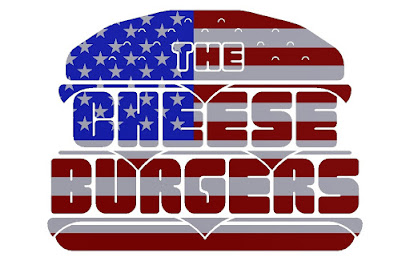 So, The Cheeseburgers will not book any shows for the rest of the calendar year, and we will wait to see what 2021 brings. I think we'll play again at some point, but our days of playing regularly every weekend are long gone. There are fewer places to play and it gets harder and harder to practice and prepare.

Then there's the physical effort involved. I'm not complaining - playing music for people is a blast and if it looks like we are having a good time, well, we are. But the last few years haven't been as fun, and it takes two or three days to recover after a good night. We have a lot of stuff to set up, and it requires back-breaking lifting and hauling. Again, no complaints, but we aren't spring chickens anymore.

A few weeks ago I saw Non Stop play. They are a local country cover band. They are really good. The gig was outside at a benefit and the crowd was small, but the band couldn't have cared less. They were busting their butts to entertain on a steamy summer night, even though most of the people there hung out by the beer truck (never put the beer in the back. That kills the crowd's interest in the band every single time). As I watched I thought of the countless times The Cheeseburgers did the same thing.

It's been an amazing 10 years with a lot of great players. Now it's time to put The Cheese in storage for a while. Hopefully we get back and hot off the grill again.
Posted by Rodney Hart at 9:07 AM