SHERYL AND I are endorsing Nora Baldner in her bid to become the first woman mayor of Quincy. I did a video explaining my position. This is something I've never done and I was a bit reluctant when first asked. I've got too much of the old newspaper guy in me, where I was expected to be impartial and simply write about it.

Nora asked me to publicly endorse her. So I did it. Can't be that simple, right? 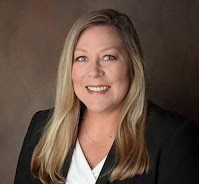 I hate politics. I'm not a Democrat or a Republican. I've voted both parties for most of my life. I hate the extremes of both sides. I was asked about running for an office once, but it involved going to meetings all the time.

This election I am pulling a Democratic primary ballet and voting for who I want to win in the general mayoral election.

Nora is running in the Democratic primary against Brennan Hills, a high school senior. A young man entering politics has my respect and I wish him nothing but the best. If you think Brennan or Republicans Mike Troup or Paul Havermale should be the next mayor of Quincy, I have no issue with you. Just make sure you vote. The courthouse is open now for early voting and the primary voting ends Feb. 23.

Do your homework. Ask yourself who you think is best qualified to be mayor. In a local election, the party-affiliation is far less important than character, experience and the ability to connect with people.

I'm endorsing Nora because she's small-business friendly, has good ideas about issues like the riverfront, recycling, city services and she has a lot of experience working with people. Her campaign is extremely well organized and she's been working tirelessly. And, as I explained in the video, it's about time Quincy had a woman as mayor.

So get out and vote, and support your candidate.