A FEW WEEKS ago a guy riding his bicycle opened the Second String Music doors and said, "This is the worst town I've ever seen with signs." Apparently he was from out of town and had a hard time navigating through town.

The guy was rude and obnoxious. I pointed across the street at the street signs that said Fifth and Maine. He looked over and said, "I can't see them."

I could. And I really haven't thought about it. So I just walked away. Hopefully the guy wasn't too lost for too long, at least in Quincy.

But he brought up a good point. In downtown Quincy, we really do have a lack of decent street signage. There are no signs at all at Fifth and Hampshire. On most streets they are tucked away under a street light, not the traffic signal. At Eighth and Maine there's a big sign for both streets, but that's because it's an old state highway.

We have a lot of pressing challenges in Quincy, like potholes and changing the name of the mall. Why should we bother worrying about an outsider's opinion about getting around town?

Because if Quincy wants to be vibrant and attract new people, we need to think outside of our own little worlds. That's why. 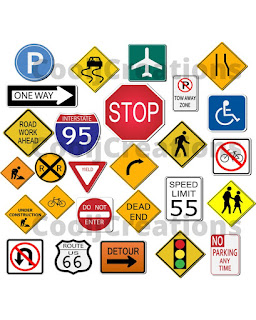 On the upside, The District is doing really well. Bower Real Estate (which owned our Second String Music building many years ago) has opened an office on Hampshire by the Washington Theatre, as has a fishing bait business. In Lisa Crocker's old space on Hampshire just east of Fifth a neat shop called Loyd's Gifts & Collectibles has opened. Another real estate business is in the former John Wood Community College building just down the street from us.

There's a consignment shop in the Maine Center where the bridal place used to be. Apparently the old Kirlin's building at Sixth and Maine has been sold and there are plans for offices and potential retail development on the main floor. Across the street at Grown N Gathered, Michelle Wilkerson is partnering with a new organic pantry and remodeling. There are other businesses opening in downtown Quincy. We are bouncing back from a very tough COVID-19 time.

At least all signs are pointing that way.