I KNOW A guy named George Cate who plays a lot of music and is really, really good at what he does. George plays in the Quincy band Predawn Hour, and he's got a cool acoustic thing going, too.

Rick was one of five finalist at The Local Q Musicfest last Friday, and he did a great job with our Six String Heroes buddy Steve Stoner. There were four other acts, all unique and interesting, and in the end Rick did not win.

He put a Facebook post out saying he was OK with that, and that music shouldn't really be a contest, anyway.

There are reasons to have contests and I support them, but in general I'm going to agree with Rick.

What was really good about the event was that it was acoustic and the singers couldn't hide behind a backing track - they had to play.

Sunday I helped at the Tri-States Got The Talent show, and how the judges picked winners was beyond me. There were a few really good acts and you can't be critical of a young person getting up in front of people and busting his or her butt.

The acts I liked the most were the ones with real instruments, not the karaoke singers. Again, I get it - you can't have a band play for every song. 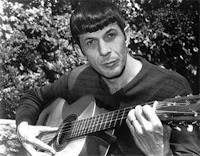 A few years ago I was a judge for the Colgate Country Showdown and Madd Hoss Jackson was the backup band for the singers, and it really helped weed out the good from the not so good. Playing to a track is one thing, singing live with live musicians is quite another.

Music is so subjective. So is judging. There is no perfect system. And don't even get me started on this American Idol crap, which doesn't promote talent but does hype the hype.

The bottom line? Contests are a way to promote talent. Get out and support your local acts!