Josh Houchins and the power of positive attitude

IF YOU TAKE anything away from the gut-wrenching sadness of losing Josh Houchins, take away this - he never complained, he always smiled, and his attitude never wavered.

You and I would be screwed if we were in a car wreck that killed our friend and left us in a wheelchair for the rest of our lives. Not Josh. To him, a wheelchair was a way to get around, not a reminder he lost the use of his legs.

Others knew him a lot better than I did. This tribute from Matt Schuckman of The Herald-Whig sums it up - he was everybody's friend, and you felt like you knew him.

Josh was a fixture on the local sports scene, mostly as a morning radio guy at WGEM. But I remember him most because he started at The Whig maybe 12 years ago as a part-time sports writer. 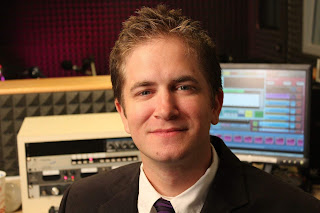 One night I was in there and he was typing in bowling scores. Man, did I give him a boatload of bleep. Then I got conned into doing the PA for a Quincy University volleyball game, and Josh was there, and wow did I get a boatload of bleep. "Bowling writer!" I'd say. "Volleyball announcer!" he'd say. And we'd both laugh.

Another night I was leaving the office, and Josh was getting into his van. I watched the process with interest - it wasn't easy, took about five minutes, and it looked like a giant pain in the ass. Josh just went with the flow and dealt with it, and I'm sure to him it was all part of driving and getting around.

A few years back I made a bet with a guy at the Whig, and I lost, and I had to sing "Hang On Sloopy" on Josh's radio show. Some hosts would roll their eyes and nix the idea. He and Broc Hampsmire not only let us do it, they encouraged it and fed into the ridiculousness, and it was really funny.

Josh had a connection with a ton of people because of his sports radio work and his willingness to talk about his life and disabilities. One night at The Whig somebody suggested he should be a stand up comedian. "I would, if I could stand up!" he said.

Farewell, Bowling Writer. You made a difference in this wretched world. You will be one of those guys we always remember. That's what happens, when you lose a friend.
Posted by Rodney Hart at 12:16 PM