Somebody stole my prized Detroit Lions winter hat. Maybe I'm not the only one in Quincy who follows a perennial loser.

Yesterday Chris Kelley called for help with a Table 16 commercial. We shot several scenes in Washington Park. I was wearing a light jacket and I brought some other props, so I put a bundle of clothing and items down in a pile in the grass where we were shooting.

We moved down to the corner, maybe 25 yards away, so I left the pile and we shot more scenes. When I went back about 10 minutes later, my Lions hat and a really nice checked shirt were missing. 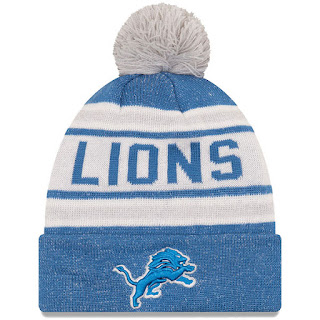 I saw a guy on a bike lurking around the area and I suspect he snatched up the hat and the shirt. What's strange is that my expensive prescription sunglasses and my really nice heavy winter coat were still there - maybe the person who took my stuff likes to be blinded by the sun and figured the shirt would keep him warm enough.

I would like the dirtball to know that the Lions hat is actually the third one I've owned in less than a year. Genie, our otherwise gentle English Shepherd, ate the first two. They are a delicacy to her. So you now have a hat that survived a hat-loving and Lions-hating canine while in hiding the past 6 months. Congrats.

A few hours before, I made a video with Paul Lester to promote our Friday night show at Revelry. That's me wearing the shirt. Just in case, you know, our dirtball is proudly wearing it around.

Sheryl, as usual, was the voice of reason. "At least you didn't take your phone and wallet with you," she said. "And maybe he needed the shirt and the hat. Next time take my Dolphins hat. No one would ever want that one."

True. Winter is coming, as Jon Snow likes to say. I wonder what I will do when I see the guy wearing the hat - I doubt anybody else in Quincy has one, and if they do, they need their heads examined for being a Lions fan, anyway. I'll probably just laugh at him and question his sanity.

What I really want is a Toronto Maple Leafs winter hat, since they'll be winning the Stanley Cup in the next year or two. So maybe this will all work out, as stuff usually does around here. And it's a good reminder to never leave stuff unattended in Washington Park.
Posted by Rodney Hart at 10:18 AM