SHERYL AND I are feeling much better after an awful bout with the flu. We spent New Year's Day with some friends and when we got home early in the evening, she started feeling bad. I was fine and went to bed, but we both woke up around midnight and it was the start of a very long night. 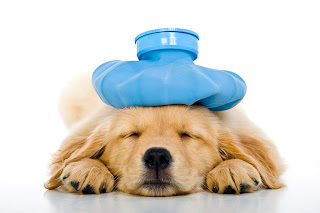 Sheryl did some research and it appears we both got smacked with the Norovirus. We even have an idea where we may have been exposed to it. It was pretty obvious we weren't in any shape to be in the store, and the virus is highly contagious. So I went into the store yesterday morning to make sure we got a delivery and we posted notices on our Facebook page and put a sign on the door.

That's the thing about small retail - there are no such things as sick days unless you shut the place down. We simply can't take sick days, at least both of us together. In fact, this was the first time in our nearly nine years we've been unable to make it to the store. And thank goodness it was after the Christmas season.

We both slept most of the day, ate almost nothing and had a good night's sleep. Today we are much better but kinda weak. You still feel the whole "run over by a truck" thing a day later, but it's nothing we can't deal with.

I never get sick. I can't recall ever going to bed and waking up a few hours later running to the bathroom - well, there have been a few times, but my own poor choices led to my own demise. Hopefully, this is it for a while.

Anyway, we are back open for another rock and roll weekend, and I'm ready after a long break for guitar lessons to start back up. Happy new year and here's to a healthy 2020!
Posted by Rodney Hart at 11:09 AM