MTV in the Rosewood basement

FORTY YEARS AGO Sunday, MTV launched. I would go across the street to my buddy David Wilkins' house and we'd hang out in the basement, transfixed by this new channel that had music videos.

Click here for a list of the first 25 videos played on MTV. No. 1, of course, was Video Killed The Radio Star by The Buggles. I had no idea The Who's You Better You Bet was the fourth video ever played. And if you look at the list, there are more than a few songs and artists who have long faded into musical oblivion. 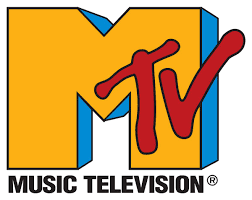 I loved sitting in that basement while David clicked the cable channels on this strange box with switches. We'd spend hours in the Rosewood basement hoping to see certain videos, anything by Tom Petty or U2 or The Cars. What I vaguely remember was many videos by one-hit wonders like Tommy Tutone (Jenny Jenny) and Donny Iris (Love Is Like A Rock).

I'll never forget watching the beginning of the video we thought was Beat It by Michael Jackson. Instead, after Weird Al Yankovic spit out his coffee, we realized it was the hilarious parody called Eat It. Weird Al instantly became our hero.

The other bizarre video we always wanted to come on was Fish Heads by Barnes and Barnes. It was so strange and completely ludicrous, and we watched it time and time again while bellowing the chorus in falsetto. It didn't make any sense and was not supposed to make any sense - Fish Heads don't play the drums or play baseball, you big silly!

The whole concept of music videos is lost on today's listener and viewer. Back then acts like Madonna and Duran Duran carefully scripted images based on videos, not necessarily musical prowess. You wonder if they'd be nearly as successful today. Michael Jackson shrewdly used music videos to propel himself into superstardom, and even today Beat It and Thriller are fun to watch.

Geesh, it's been 40 years? Sometimes I long for simpler times, like going to David's house to catch the newest video. I mean, what trouble could we get into lounging in the basement watching MTV?