SIX STRING HEROES has given the Illinois Veterans Home $3,500 in musical instruments for the activities department. We had a press conference this morning at the Vets Home and had a great time talking about Six String Heroes and the amazing power of music. 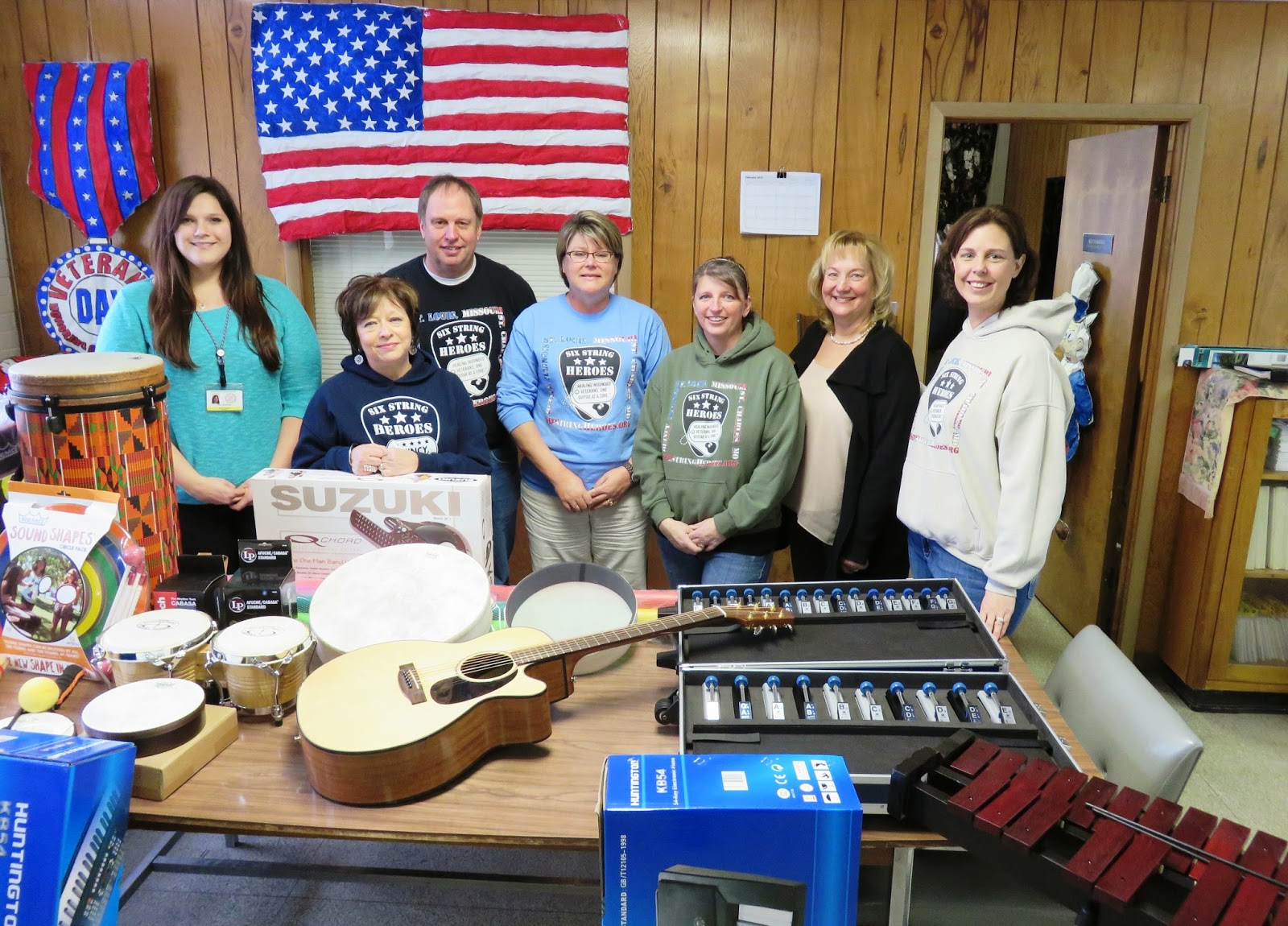 Mia Meacher, activity therapist at the IVH, told a great story about one of the residents. He's struggling with dementia and couldn't remember his own name, or the name of his wife. Mia played a song used at their wedding all those years ago, and the man remembered the song, his name and his wife.

Studies show music triggers memory recollection, and it can last for more than just a fleeing moment.

Both KHQA and WGEM will have stories tonight. Frank Haxel and I were on Y-101 this morning with Dennis Oliver and Jeff Dorsey, and the Quincy Journal gave us some love, too.

Huge thanks to Sara Heiden and the Blue Cross/Blue Shield employees, who have raised thousands of dollars for Six String Heroes. They are doing it again at the end of February, and don't forget about our big party March 7 at Turner Hall, featuring Avenue Beat, Clockwork and Eleven.

Awareness is important, but it's all about Six String Heroes and the amazing things done for veterans. We are honored to be a part of it!
Posted by Rodney Hart at 11:42 AM