REMEMBER WHEN TIGER won his first Masters? I do. I was there. And I still pinch myself.

It was 20 years ago. I was the sports editor of The Herald-Whig. Quincy native D.A. Weibring was playing in the Masters. So I got to go, for the entire week, with WGEM's Steve Looten. 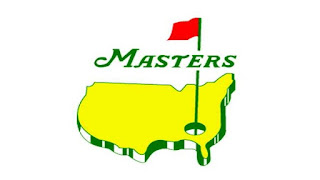 We drove and it took us two days. We got there on a rainy Sunday night and walked the course. Grounds crew members were shooing snakes off the 13th green. Seve Ballesteros was teeing off No. 10 and working with his swing coach. Everything was green, a deep green, hard to describe unless you've been there. It's one of those places where you don't dare stub your toe for fear you kick up a piece of dirt.

Among the many things TV doesn't show is how hilly and steep the terrain is, and I was worn out after walking the course. And that was just the first day.

Augusta was a madhouse. My buddy Scott VanEewen was living in Atlanta and he came down for a few days, and tried to get in. But tickets being scalped outside the Augusta National gates were skyrocketing because of Tiger, so he had no chance.

We were eating at a crowded restaurant one night and the waitress said she was from Florida, hired for the week to help. She couldn't take the bedlam and quit right after she served us. So we ate for free, from what I remember.

Greg Norman was all the buzz since he'd collapsed the year before and Nick Faldo was the winner. Tiger Woods was being talked about as the next big thing. He started slowly, but picked up steam and by the end of the third round, everybody knew he was going to win.

I was in the interview room Saturday afternoon and the guy next to me asked Colin Montgomery, who'd just played with Tiger and was bewildered and in awe, if Tiger was going to win. "Have you been on holiday?" Monty said.

D.A. missed the cut so I was free to roam around Saturday and Sunday. It was actually a lot easier to follow the tournament from the press room, but by early Sunday afternoon the outcome was a foregone conclusion. So I walked the course and set up by the 10th green, watching all the groups go by.

When Tiger was on 17, I decided to fight the massive throng and get by the 18th green to watch history. You still see the clip on TV - he made his last putt and thrust his fist into the air. Then he hugged his father when he walked off the green. I still smile when seeing it.

Tiger Woods is one of the most dominant athletes we've ever seen. His story may still yet be played out. It's sad he isn't able to play because of his back. But it does give the other guys a chance.

He also makes me remember 20 years ago. I will take a huge golf nap Sunday and hopefully catch most of the back 9, and smile again when thinking about it.