I WAS DISAPPOINTED to hear of hockey icon Don Cherry's remarks and firing over the weekend. I enjoyed watching Coach's Corner with the flamboyant Cherry. Yes, he was a cretin and Neanderthal and old school and stupidly bull-headed, but he was certainly a passionate Canadian with outspoken and often wrong views. He said what he thought and didn't back down from tough topics.

His firing was a long time coming and maybe past due, but make no mistake about it - his remarks about immigrants were despicable and angered me.  My father's family emigrated to Canada from the Netherlands. Later we emigrated to the United States, though I was born here and technically still have dual citizenship. My brother and two sisters were born in Canada but now live in the U.S. 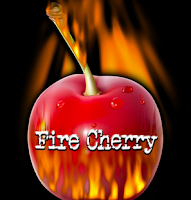 So I'm part of the "You people" Cherry was talking about. I respect veterans and what they've done for this country and for Canada. I didn't wear a poppy Monday, but that doesn't make me any less patriotic.

As a side note, check out The National's reporting in the video above. It's well-rounded and a sharp contrast to much of our news broadcasts and divisive media reporting.

Like all people who jump up and down and say things to just say things, Don Cherry has been silenced and his end is inglorious. See ya, Grapes. Loved you and Blu, but your time has passed.
Posted by Rodney Hart at 9:10 AM