Has It Really Been A Year?


THIS WEEKEND WE celebrate our one-year anniversary of the move from Eighth and Washington to downtown Quincy. It's the best thing we've ever done at Second String Music. Well, except for getting Frank Haxel to build us lesson rooms.

There's a bunch of stuff going on this weekend, including the Midsummer Arts Faire, so come on down to celebrate with us. Click here for our Facebook link about our one-year party. Tonight things kick off with the awesome Soulard Blues Band from St. Louis in Washington Park's Blues In The District.

It's hard to believe it's been a year. What I remember most is that Sheryl packed everything up and we went off to play a Cheeseburger gig up in Keokuk. We showed up early Sunday morning all bleary-eyed and moved stuff in 110-degree heat and 90 percent humidity. The legendary Alan Lawless showed up with his Great White Buffalo truck to get the heavy stuff, and Bill Calkins directed traffic on Eighth Street while chatting up some former gang-bangers who lived around the corner.

We got everything unloaded, and I distinctly remember drinking a beer at about 3 p.m. with a couple of the guys, including Jeff VanKanegan, Alan, Frank and others. I thought, "Wow. We've moved. What the heck are we doing?"

Within a week we figured out our business was doubling just because of the new location. 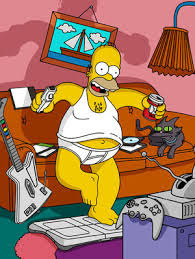 I drive past the old store and it's very sad. A great building sits vacant because of indifferent out of town landlords and I'd better stop now or I'll get in trouble.

Our new landlord is awesome. We have grown and we have big plans to announce soon. Our friends at Vancil Performing Arts have also moved to a new building in Calftown and they have other things in the works too. Come on over and see Frank by the bank vault and he'll show you himself.

It's time to celebrate and to keep dreaming of the possibilities. It's been a great year. Here's to many more!