Where is our trip to the White House?

IN 2007, THE Herald-Whig sponsored slow-pitch softball team dominated the Division IV league. I don't think we lost a game all year, and we ended the season with a convincing win in our final game to clinch the championship. We celebrated with beer and champagne showers, and the trophy is still sitting on a filing cabinet in the Whig editorial department.

I think we were called the Herald-Whig Demons. Don O'Brien, then the sports editor, wrote a blog recapping each game. It's probably still out there on the dark web. It was required reading after each game. 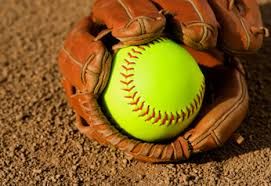 So I called the White House the other day and asked if we could still get in - it's only been 11 years. The assistant to the district supervisor of the left half of the cubicle told me our request would be filed and considered, since there are no other teams visiting the White House right now.

He called me back this morning. "Sorry, you SOB," he said. "You have no respect for your country since you didn't stand for the national anthem. Plus we found out you are Canadian and used to write for the fake mainstream news. VERY SAD. We don't like journalists and we hate Canadians and our beer is better. So. Don't call back."

Rats. Time to come up with another way to celebrate our historic milestone of a season. We could congregate at a Blues In The District this summer, or gather at a local pub, or even go up to Moorman Park, the scene of many a Demons triumph.

Or we could visit the REAL White House. You know, the Hart House Manor in Calftown. It has white siding, barking dogs and a cat that thinks she's a dog, our kitchen is torn apart and the garden in the back is completely out of control. In other words, it's chaos in Calftown, sort of like it is at the other White House.

Wait a second ... Chaos In Calftown would be a GREAT name of a band. We will hire them to play at the Herald-Whig Demons championship celebration. It will be more fun, anyway. Besides, it's too hot in Washington this time of year.