I'M ABOUT TO give up on Twitter. Sheryl made me an account and I admit I scroll through it daily, though I never post. Twitter is a great thing to keep up on breaking news, but it's so virulent and full of unchecked lies and rants. If you make this the way to communicate with your people, well, you aren't very good at communicating.

Tuesday night I was working at the paper in sports, getting results from games and putting stories together. Basically the way it works now is that coaches email scoresheets to the paper, and we put together a short story. If the game is close or if a player goes off, we'll call the coach and try to get more information.

One of our young college kids got a result from a double overtime game and alertly called the coach to get more details. The coach said, "Everything I have to say about the game is on Twitter." And he hung up. So our guy called the losing coach, but of course he didn't answer or return the call. The coach's twitter account was private and we couldn't access it, of course.

Really? Your team just won a double overtime thriller and a local newspaper is calling you and you shrug it off? Hmmmm .... maybe there is more to this, but I suspect it's the way of the world these days - screw you, I'm just tweeting my results and you can take it from there. 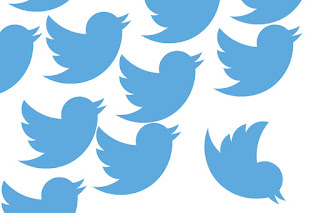 This coach is just torpedoing his own program, keeping his team and players from getting recognized. I understand it's tough being a coach and the last thing you want to do sometimes is deal with the media, but the smart coaches realize it's part of the job and something you have to do.

I am not speaking about anybody in particular, but sports guys tend to have long memories. They remember who is good to work with, and who isn't. I spent 10 years in sports and working relationships were huge. If we had a program with a coach who didn't quite get it, do you think that played into coverage of games, all area teams and other things?