SHERYL JUST GOT a new iPhone for me. It's bigger and better, supposedly. She's only cursed twice while getting it ready, which means it must be pretty good. 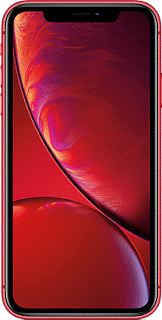 A few weeks ago Frank Haxel had to get a new phone, which involved several trips to the local phone store and eventually making an "appointment" to get the right phone. He says he's learned to turn it on, text and run NASA with it. His daughter-in-law, Morgan, was here last week and programmed it so he wouldn't get annoying updates, beeping noises and alerts about cat videos.

"I think I might be able to call somebody soon," Frank says.

I know the feeling. I'm completely useless when it comes to modern technology. Sheryl is getting everything updated and transferred from my old phone. "This one is a lot bigger. So you will be able to actually see what you are doing," she says.

As Bono from U2 once said, "Powerful little devices, cell phones. You can get into a lot of trouble with them."

Here's what's going to happen - it will be all set up, and I'll figure out how to make a phone call and cut off important phone calls by holding it the wrong way. Then I'll start tinkering with it and seeing what kind of strange noises it makes. Then I'll hit the wrong button and order a pizza for Schuecking's next door.

That's when I'll call for help. "Uh, Sheryl? I think I just shut down the electrical grid for the south end of Quincy. Can you reset this thing?"

Sheryl, of course, will come to the rescue. Business as usual when it comes to technology.