IT'S GOING TO cost more to throw away stuff in Quincy. The city is expected to raise trash stickers to $1.50 each. That's for a small white bag. If you stick two or three white bags in a big black bag, it takes two stickers.

Right now we pay 75 cents a sticker. Doubling the price is quite literally sticker shock, and a lot of people are going to be pissed.

The main thing is convenience. I put the recycling and the yard waste on the curb, and it gets picked up. Boom. That's it. 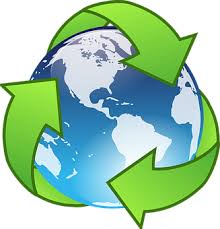 In December I had to make a lot of cardboard recycling runs for the store - have you ever been to Quincy Recycle when it's busy, which is much of the time? There's one way in and one way out, and if you are scared of big trucks and crazy people zipping in and out, well, stay away from Sixth and State, because it can be hairy.

So if it doesn't get picked up in front of my door, it's a lot more of a hassle to save the earth, one plastic container and one cardboard box at a time.

I realize we are in tough economic times as a city, and revenue is crucial. If I have to pay $12 a month for trash instead of $6, I'm not happy about it, but I'll do it.
Posted by Rodney Hart at 10:03 AM