CONGRATULATIONS TO THE organizers and gatherers of the Black Lives Matter vigil and march in Washington Park Sunday. It took place to mourn the murder of George Floyd and protest the racial inequality that still exists, and it was a massive success. It was well organized with a powerful message, it was on the mark and it was a beautiful thing.

I'd estimate the crowd at around 400 or 500. There were impassioned speakers and songs, silence to remembers the many victims and the crowd was responsive on a very hot and humid day. There was anger in some of the speaker's voices, and appropriately so. If we want to talk about racism and a lack of justice, it's not going to be comfortable and you can't put it in a nice little space. Addressing it isn't supposed to be easy. Doing the right thing often isn't. 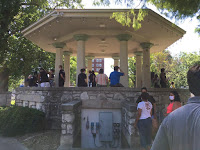 The event did not turn political. There was no need. 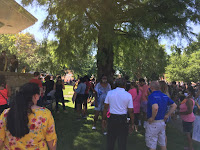 I was glad to see a strong Quincy Police Department presence. They joined the crowd instead of forming a line or standing off to the side. Chief Rob Copley gave a potent message about the failures of addressing racism, and how young people have to take up the cause to make things better. Then he went out to the corner of Fifth and Maine and personally directed traffic until the crowd was ready to march up Maine Street. Kudos to him and Chief Deputy Adam Yates and the other 10 officers.

It was also good to see our prominent leaders attend. Quincy Public Schools Superintendent Roy Webb was there, as was Mayor Kyle Moore and Quincy boys basketball coach Andy Douglas. We look to them as examples and community members standing with us. 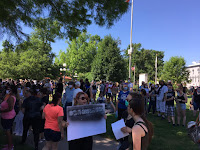 There were a few social distancing issues, but 95 percent of the crowd wore masks. You CAN have a rally and be safe. Sheryl and I stayed toward the back so she could attend, wear a mask, and still not be exposed in a large crowd.

I am white and have white privilege. I do not pretend to understand what black people have to go through. I cannot stand in their shoes. But I can stand with them. I can listen. I can encourage them to lead the discussion and empower change.

In the chaos of our present-day world, there was light and hope in Washington Park Sunday. I am proud to call Quincy home. We have so much work to do, but it's a huge step in the right direction. 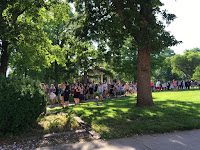 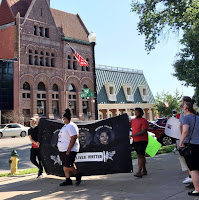 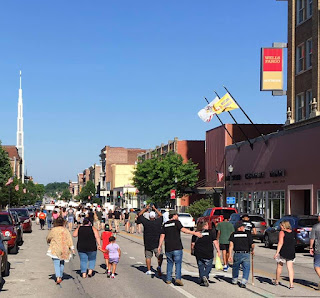