No fame, just a humble start

CENTRAL MICHIGAN UNIVERSITY was the best 12 years of my life. Well, it was only three and change. But it was still great.

Next month the CMU Journalism Department inducts four new members into the department's hall of fame. I vaguely remember two of the four people being honored.

Also being honored is the 1985-86 CM Life newspaper staff. For what, I'm not sure. I was on that staff as a sports reporter and it's where I got my start. The fact I'm even remotely associated with a hall of fame is enough, and it's as close as I'm going to get. I might make it into the Guitar String Breaking Hall of Fame. Maybe.

The school newspaper was a force to be reckoned with on campus back then, as it is now. In 1985, the paper was located in the basement of Anspach Hall, long since abandoned for nicer digs in Moore Hall.

I'm trying not to think about the fact it was 30 years ago. THIRTY FREAKING YEARS. Man, where have they gone? I spent one awful year at Calvin College after high school, took a year off, and I was eager to start a new chapter in Mount Pleasant. So I moved up there the day the apartment became available.

Even back then it didn't take long to recognize there were some incredible student journalists at CM Life. My roommate, Tim Penning, was one. He's now a professor at Grand Valley State University and I still follow him on Facebook. Another was Wayne Kamidoi, then the CM Life sports editor. Wayne is now a designer for the New York Times and was inducted into the journalism HOF last year.

I distinctly recall staying in Mount Pleasant on Labor Day Weekend because there was a soccer game at home and the paper was having open tryouts for reporters. I think Wayne expected three or four students to show up and cover the game, and the person with the best game story would be hired for the paper. 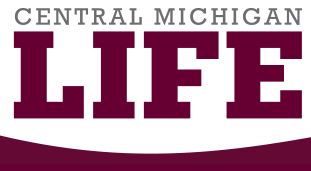 But everybody went home for the weekend, except me. I went to the game and remember talking to the CMU goalie, Ken McDonald, who also worked for the paper. I think the Chippewas lost because I used the term "beleaguered" when describe Ken in the goal.

I wrote the game story on a typewriter, and used lots of whiteout. I remember Wayne looking at it and trying not to laugh. It might have been the single worst sports story ever written. It was awful. I remember the story going into the paper with my name above it, only it wasn't even close to what I wrote - Wayne rewrote it to make it readable.

Yet I remember thinking, "You know, this is kind of fun. This Wayne guy knows what he's doing. He could have told me to head for the hills and give it up, but he actually encouraged me. I gotta stick with this because I might get better."

I must have improved because I covered more CMU soccer games that fall. Then I wrote about wrestling, softball, baseball and basketball in the next three years, and became a weekly columnist both my junior and senior years. I also got involved with the yearbook and it helped pay my tuition my senior year.

It led to to 24 years in journalism. It was a wonderful career, full of ups and downs and You Can't Make It Up stories.

Ken McDonald now teaches at Central. I wonder if he remembers the clueless geek who showed up to cover that game thirty years ago. If he does, I'm sure he's laughing about it, like I am now.

Everybody has to start somewhere, you know.
Posted by Rodney Hart at 10:24 AM