I'M DOING SOMETHING tomorrow I've never done before - lead the singing of the national anthem in front of people. I am honored to play at the Illinois Veterans Home Memorial Day event Friday morning, and I have to sing "The Star Spangled Banner" and "America The Beautiful."

We've all sung it a million times. We don't really think about it, we just stand up before the game starts and either sing along or hope it doesn't last too long. Now I'm thinking about, and it's starting to get intimidating.

I hate to say it, but our national anthem is an awful song. Do I start the song really low so I don't strain to reach the high parts later? Do I start it in the middle, then strangle my vocal chords later?

Ugh. I'd rather sing "O Canada" in French. Before you get your patriotic britches up in a bunch, I am a U.S. citizen and I love my country. "O Canada" is just easier to sing. So is Nikolia Volkoff's version of the Soviet national anthem. Get Don O'Brien of The Whig to sing it for you sometime.

But it's our national anthem so I will do my best and respect the song and the intent.

To me, the best versions of the song are simple and direct. Everybody seems to love Whitney Houston's rendition at the 1991 Super Bowl, but I thought it was overwrought. Then we learned she was lip-syncing. Not to besmirch the late Ms. Houston, but Milli Vanilli-ing our national anthem?

You can't hurry the song, but it needs to be sung in 90 seconds, not four minutes. 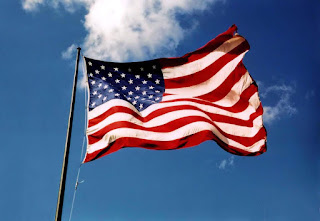 I'm scared I will forget the words, or butcher a phrase, or sing it out of key. So I reached out to the one person I know who does the song well, and doesn't try to overdo it. Sure, she is younger, prettier, has more talent and plays guitar better. Other than that, I'm not jealous of Liz Bentley at all.

"Don't mess up the words," she said, only half-joking. "That's the only song that still makes me nervous every time. I just make sure to run it through once or twice, then stop thinking about it until I do it. Otherwise, I overthink it. Good luck!"

It's not like I overthink or worry too much about stuff anyway. Oh uh. I just heard Sheryl roll her eyeballs into the back of her head. Again.

So I've been practicing. I will strum a G chord on the guitar, close my eyes, take a deep breath ... and probably topple off of the stage. "Oh, Canada..."