SHERYL'S GARDEN IS growing out of control, and it's a beautiful thing. She's put an enormous amount of work into weeding and cultivating all the plants and vegetables, and they are starting to pop out.

Last night we picked fresh spinach leaves and a cucumber, and had them in my burrito. Everything tastes better when it's straight from the ground! 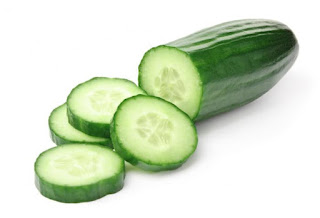 We have a nice little farmer's market on Saturday mornings at Fifth and Hampshire, a block from Second String Music. We are going to have a ton of fresh produce, and we sort of jokingly mentioned this morning we should set up a booth at the farmer's market.

"Why not?" she said. "Actually, we could do it right in front of the store."

That won't happen - for all we know there are rules and regulations about mixing guitar picks and picking cucumbers, and we don't want to get anything mixed up, and we'd get taxed to death on more stuff.

So we'll probably just eat as much as we can and give away the rest, though the farmer's market idea is sounding kinda cool.