SHERYL BOUGHT ME an iPad. I've wanted one for a while, mainly for music stuff. It looks sleek and I've learned how to turn it on with just half an hour of training.

On this iPad is a thing called an app. An app usually what we devour at Tiramisu or Chicks On The River. In this case, it's a little thingy that you swipe called "Guitar Tabs HD." You can call up any song in any key and use it to learn the song. And it has the words. Geesh! The next thing you know this will replace my word house and will start saving trees so I don't have to print out songs.

Wait a second .... you mean you can use this thing like a teleprompter? Well, that's not very professional. I mean, if you are going to play out, you should have everything memorized and not rely on a piece of paper or a computer.

Right. So that thing on the ground by Bruce Springsteen's feet is just for watching cartoons. In the awesome Mumford & Sons "Road To Red Rocks" DVD there is a photograph of the stage, and you can see the teleprompter plain as day with a Beatles song on it. Bono uses one. Just about everybody uses one. 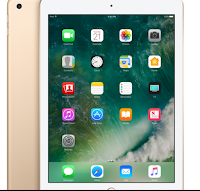 Elvis just used paper. I caught a movie about one of his tours the other day and he was singing his brand new hit song, "Hunk of Burning Love." He simply pulled out a piece of paper and sang the words with it right in his face. He could not have cared less. He was ELVIS, for crying out loud.

In the amazing Who Live In Texas 75 DVD, Pete Townsend has a guy come out with lyrics on a flimsy music stand so he can sing "However Much I Booze." The song has a lot of great lyrics. I don't blame him a bit for not remembering them all, especially when you've quit drinking and write a song about it.

Then I see a guy like Jon Anderson of Yes perform every song from Close To The Edge without missing a single word, then sing a new Yes song that's longer than the Lions' Super Bowl drought, and I just shake my head.

So I'm going to work on this new iPad thing and start putting songs on it.