The Tizzies and stuff happening

TWO EVENTS YESTERDAY made the news and drove people into tizzies. Wait a second .... tizzies? Let's change that up a bit and call it "The Tizzies" and announce a world tour, because a band called The Tizzies must be the bomb.

Anyway, there was a shooting at Fourth and Maine about 8 a.m. A woman from Iowa allegedly fired an alleged gun into an alleged vehicle as the vehicle allegedly tried to get away. Instantly there was police tape and flashing sirens and news crews driving 100 mph an entire block to get exclusive coverage. Then the social media outrage and rumor mill started overflowing, just like a Mississippi River town with drainage problems. 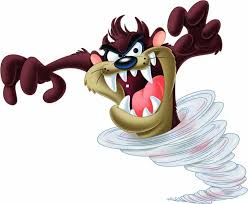 Calm down, web warriors. It's not good and I'm not saying we shouldn't wonder, but QPD made an arrest and people kept turning left onto Fourth Street from Maine. Wrong place, wrong time is my guess on what happened.

A few hours later there was a natural gas leak from a house just a few blocks from where we live. More news crews rushing up streets, more firetrucks and flashing lights and Ameren crews asking for permission to go into basements - wait, that's us at Fifth and Maine once a week, never mind. People were evacuated from homes and yes, this was serious stuff and I'm glad nobody got sick or blown up.

Five years ago, it would have meant a busy morning. Now it's just stuff that is happening and you wonder about it and move on, because selling guitars and giving lessons is every day life, and that's what matters.

Here's to hoping today is much quieter, at least outside of Fifth and Maine. Inside we have tons of guitar lessons and people getting school band instruments and the general music store mayhem.

So keep me posted on what happens in the real world.
Posted by Rodney Hart at 10:19 AM