Put away the phone

WHAT WOULD HAPPEN if you didn't have your cell phone for a few days? Have you really thought about it? Would you survive? Or would you go nuts? 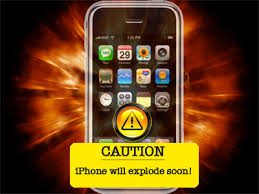 Or would you actually enjoy it?

I went to Sheboygan, Wisconsin, last weekend and worked for Gus Macker. It was a great tournament, well run and right on the beautiful Lake Michigan shore. I couldn't get any reception to go online on my phone. So I put it away. Except for a few texts from Sheryl, I didn't look at it all weekend, and I didn't miss it a bit.

At about 5 p.m. Sunday, in the championship game of a high school boys bracket, I was officiating and finally had enough of the constant whining and crying from a few fans. So Sheboygan learned Rodney from Macker was tired, was ready for the seven-hour drive home, and was going to sleep like a baby when he got home, and was NOT going to listen to anymore crap. As soon as I stopped the game to announce this, at least a dozen phones went up in the air to record my tirade.

I'm gonna guess I was on Facebook within a few minutes of my announcement. Thankfully I kept it clean and it actually helped - the players and parents were better the rest of the game.

Lately there have been a lot of people walking around Washington Park with their eyes glued to their phones. Why? WHY? Maybe this stupid Pokey Man thing is still going on. Maybe they are watching cat videos or learning a new language or texting their friends as they walk. Hey. It takes skill to walk and text at the same time. I can't do it. I can't even put the dog in the car without being smacked in the head with the door, but that's another story.

Last night I walked the dogs and there was a group of about 30 people at the cemetery. Normally this is a good thing - we need to learn more about our history and the people who came before us. But every person, and I mean EVERY person, was holding their phone right in front of their faces. They weren't taking photos or video. Perhaps there is some sort of interactive online app for the cemetery - even our building has a barcode thing on one of the windows you can scan with your phone, and you can read more about the history of the building.

But these people seemed incapable of just walking around and enjoy the incredible views and appreciating the fact the founder of our city, John Wood, stood right where they stood in the 1840s and said, "Quincy will appreciate this forever, especially the ones who aren't addicted to their phones." Perceptive fella, that John Wood. There was a guy addressing the group, but again, not a single person put down their phone and appeared to be listening to him.

I challenge you to put away your phone for a day. I double dog dare you. Get out your guitar and play it till your fingers bleed.

I bet you wouldn't make it an hour. I bet you are so consumed by technology you simply can't function without it. Of course, the irony isn't lost here, as I sit behind a computer and type and then hit "Publish" and put this online. You are probably reading it on your phone.

Just don't walk and read at the same time, please.
Posted by Rodney Hart at 1:10 PM