WHEN YOU GET hired to play at a Christmas party, you go into the gig with certain expectations. The most important thing is to remember who you are playing for and to get along with the organizers. Everything else takes care of itself.

On Friday night I was at the Dick Brothers Brewery in Quincy for the first time, playing for a local medical company. There were maybe 60 people there. The owner was very clear what he wanted - easy listening and background music. In that way, the gig was easy, because I wasn't worried about killing myself to please the crowd.

It was just me and my guitar, with a few Christmas songs, lots of my mom's favorite tunes from the 60s and 70s, and even some originals. I kept the stage banter to a bare minimum. There were people watching and even singing along on a few songs, but this was a very social occasion my job was to be barely heard and not get in the way.

So it was a fun show, because it was very laid back and nobody complained or asked if I could play Freebird. And the owner was thrilled. The venue was spectacular. Everybody was happy. Success!

Saturday night The Cheeseburgers were up in Hamilton for another private party. We were hired last year and couldn't play because of weather issues, so this year we were determined to play hard and give them a good show.

There were about 100 people there at the beginning. Half left before the first set was done. That doesn't bother me, and maybe our classic rock stuff isn't for everybody, and maybe people were tired and didn't want to be up late on a Saturday night. But if I worked for this company and decided not to be there, well, so be it. The company went to a lot of trouble and expense to put the party on, and we had a great time.

We did have the obligatory "You guys are too loud" comment. This guy had too much to drink already and sort of blabbed for a while, so I thanked him and eventually he wobbled away. We did adjust things and it got better as we went along. One of the women who hired us was standing there and didn't say a word - she was fine with the volume. 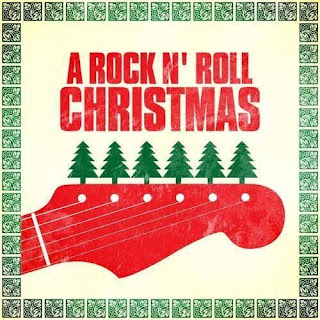 In fact, she was fine with the whole night and she tipped us generously. They were great folks and it another good Cheeseburger night. Those who stayed danced and hooted and hollered with us. So much fun! The ride back was classic, especially with a drummer who was unwinding after a long day.

It was also our final show with bass player Brad Fletcher, who is leaving due to family obligations. No worries - we have another bassist lined up and we are booking full steam ahead for 2020.

Cori and I have five more shows before January rolls around, so let's continue rocking December away and make Christmas merrier.
Posted by SheyFey at 9:50 AM