THERE IS NO normal right now and things are pretty messed up. At least it snowed overnight and it's turning into a nasty rain this afternoon. Yes! 70 and sunny by Saturday, so I'll sit outside and smoke a stogie to feel better about it.

On the other hand, we've painted two rooms in the house and they look so much better. And I did something last night I've never done before - give a washboard lesson on Zoom.

Our good friends KC and Craig Freeman recently moved to Kansas. KC messaged the other day and said since she has time, she wants to get more serious about her washboard. Serious? About a washboard? Hee Haw and yee haw. She asked if I could give her a lesson via Zoom. 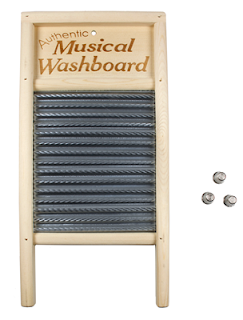 I have never held a washboard. But people don't realize that guitar is a very percussive instrument. You use the right hand to strum and lay down a beat, and there are techniques to deaden strings and put punch into your strumming. I played drums by accident in a praise band a few years ago when nobody else was available. And what else was I going to do? Get ready to paint another room?

Well, skip that last part, but yes, let's do a washboard lesson!

I looked up some stuff and learned playing the washboard is all about technique, practice and learning different patterns at the same time with both hands. So away we went. We did some simple 4/4 timing drills, listened to a few songs, and I think KC learned a few things. She's promised to play her washboard 15 minutes a day until next week's lesson. Hey! We are doing it again! It was a huge challenge and a lot of fun, and I give KC credit for being a great student and willing to listen to a non-washboard player.

Hmmm. Non Washboard Player. Could be the name of a band or the next HartLyss Facebook Live show this Sunday at 7 p.m. Central, cheap plug cheap plug.

From tough times come fun times, and we keep plugging along, one washboard beat at a time.
Posted by Rodney Hart at 10:28 AM