THE CHEESEBURGERS HAD a blast Saturday at the Oakley-Lindsay Center Wingfest. If you want to run an event and run it right, just call Rob Ebbing, because he knows what he's doing.

Rob is in charge of the OLC and has a lot of experience with music and bands. This event included local restaurants and establishments, and was geared toward good family fun. It was $10 to get in, with all the wings you could eat and proceeds going to local area athletic programs.

Rob has been very good to us in the past. We jumped at the chance because there were a ton of people, Rollo Carder did his usual fine job running the sound, and the PA and stage were provided. That made it an easy gig for us.

Former Cheeseburger guitarist and singer Eric McKay put a band together just for the event, and they were tremendous. Josh Brueck and Steve Buckman from the band Eleven and drummer Steve Hufford, who plays with Black Top South and Busey's Helmet, played with Eric and rocked the OLC.

It's the little things we appreciate. Rob made sure there was a cooler on stage and took care of us. It was also great having Dennis Oliver and Jeff Dorsey from Y101 to emcee the event - D.O. introducing Cheeseburgers is huge! 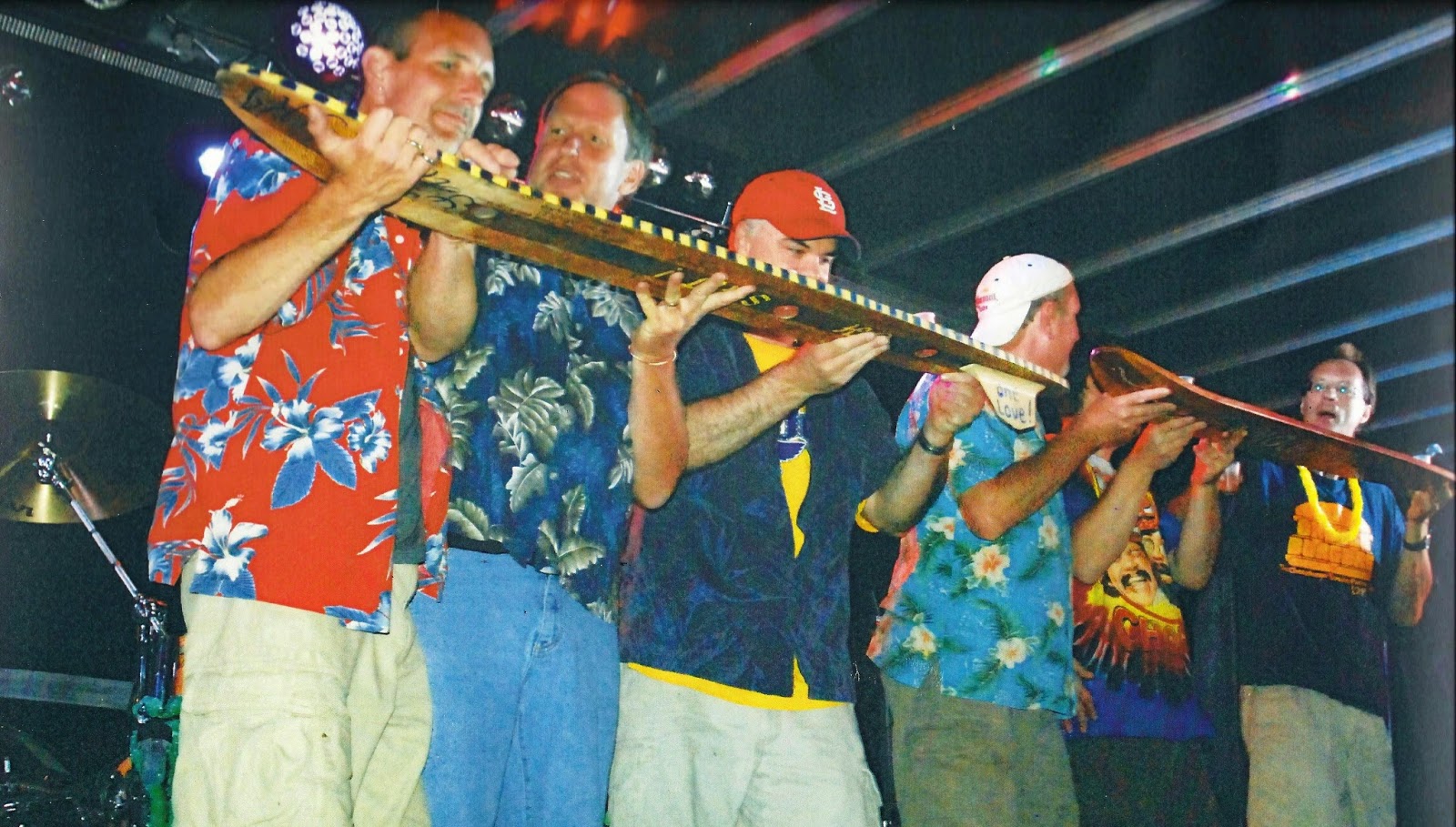 Rob also gave us photos from our awesome gig at the Keokuk Yacht Club last September ... Shot Skis, anybody?

Thanks Rob, Rollo, and the many people who came out.

More fun than you should be allowed to have!