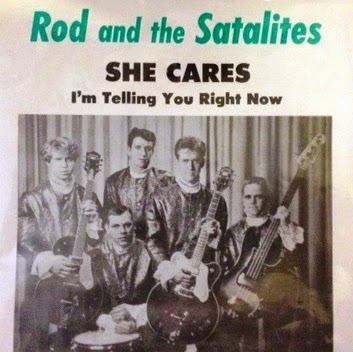 Rod & The Satalites were huge in Quincy and the area back in the mid-60s. They were in a thriving music scene with bands like Freddie Tieken & The Rockers. In fact, Rod later played guitar for Freddie.

I found the 45 record the other day in a pile of stuff. It was reissued in 1998 by Craig Moore, about the time Rod put the band back together. We've been playing it in the store and it sounds very much like the Beatles, Kinks and R&B bands of the time. The songs are called "She Cares" and "I'm Telling You Right Now." The bass player was none other than Ronnie Brown, later famous for his band Little Ronnie. Hibbert wrote the songs and sang and played guitar, Kenny Huff played guitar and J.T. Rowsey was the drummer. 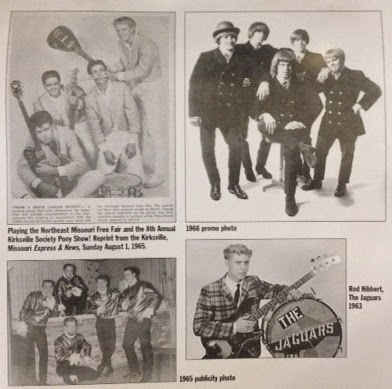 According to the liner notes, the two songs were recorded at Sheldon Recording Studios in Chicago on March 29, 1965. It makes for a very happy 50th anniversary!

Rod recorded two CDs at The Copper Mine in Quincy after he put the band together with his brother Jeff. Sheryl has it on the store playlist and the songs still sound good.

Happy 50th birthday to a piece of Quincy rock and roll history!

We have uploaded "She Cares" and "I'm Telling You Right Now" on the Second String Music Dropbox. Check them out!
Posted by Rodney Hart at 10:24 AM