WITH THE EVER steady Capt. Dale Steinkamp at the helm, a bunch of Q-Town partiers rode down Ill. 104 Saturday night to the 104 Grill for great BBQ and to watch an interesting band. 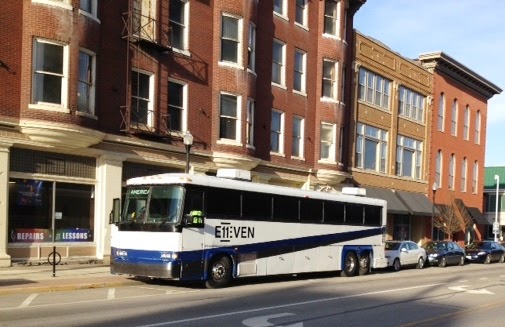 Dale owns and pilots the Eleven bus, normally used by the awesome Quincy band Eleven. A crew of about 25 people piled on the rock and roll vehicle of doom and headed to Meredosia, located just across the Illinois river in Morgan County.

You know you are getting older when you have to stop halfway there to, uh, admire the scenery. And the trip is less than an hour.

Playing Saturday night was The Spunky Bottom Girls. They are four women who sing and use a keyboard, acoustic guitar and percussion. There were varying opinions on the band - I liked them and they played some interesting songs, from Billy Squier's "My Kind of Lover" to country staples, and even an ELO song ("Don't Bring Me Down").

They had a small PA but it was maxed out and muddy. Why is it bands and groups seem to think loud is best? Then there was the obligatory husband who kept coming up to them and giving them advice about sound. That. Never. Works. (Except when Sheryl tells me I am holding the cowbell backwards...) 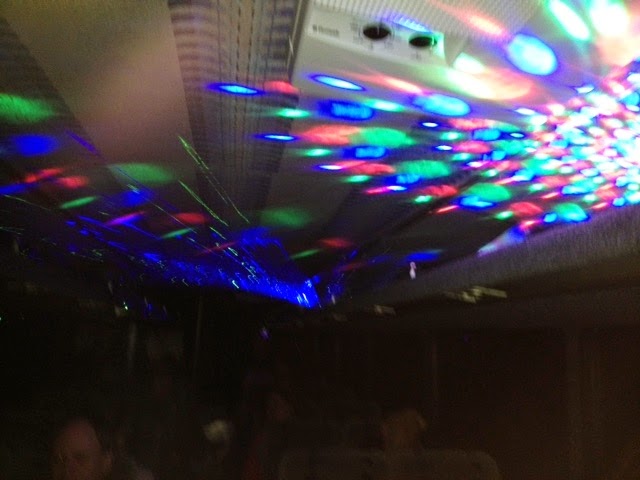 Anyway, I thought they were interesting and it's always cool to see a new band. The kitchen served up tasty food and the place isn't fancy, but the locals started filling it up and it had a party atmosphere.

It was fun sitting on the bus and feeling like rock stars while hurtling down the road. Dale is threatening to take The Cheeseburgers back out on the road, now that we are back. Speaking of back, Dale's wife, Wendy, had a great suggestion for our new tour name - Back On The Grill.

Rock on, Dale! Let us know when we can party like rock stars again.