LOOKING FORWARD TO the official debut tonight of Beauty and the Geeky Tall Guy. Yup, I'm playing with the fabulous Cori Lyssy at State Street Bar from 9 to midnight.

I like playing guitar for Cori. She has a great voice and she doesn't take herself too seriously, and her taste in music is eclectic, to say the least. We'll go from a country song to a 90s grunge anthem in a heartbeat, and she sings the heck out of them. 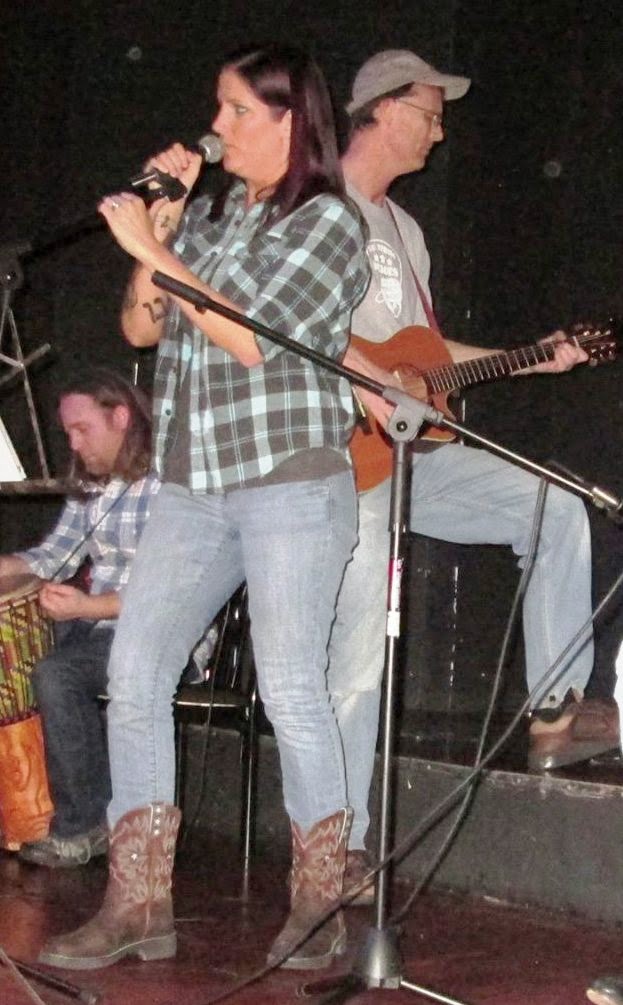 Cori and her husband, Benny, have three beautiful children and a bunch of dogs. Cori came to the store the other day to practice and was a little down in the dumps - but Sheryl cheered her up, and then she sang her heart out in the back room. When we got done, she said, "Music is therapy. I feel better!"

It's good to branch out and play different music. Between The Cheeseburgers, SmHart Brothers (Tim Smith and myself), Pepper Spray and First Union's praise band, that's a lot of diverse material. For many years I held grudges about certain genres and wouldn't even consider playing a "country" song, but that's just holding yourself back.

Anyway, there is a lot of stuff going on tonight and this weekend in the Q-Town, but if you get a chance stop by the bar at 17th and State and hang out for a while. Cori and I are also playing in two weeks at One Restaurant, and we'll hopefully get a few more gigs lined up.

More fun than you should be allowed to have!