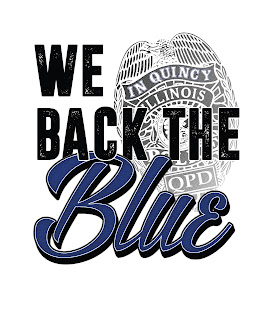 THE ADAMS COUNTY Jail will be staying downtown, after all. Read The Whig's story here about the board members voting unanimously to keep it at Fifth and Vermont.

The board rejected a plan to move the Quincy Police Department headquarters to the new site. It's a shame because it's a good idea and it makes sense, but there were some legitimate reasons on both sides. I would have voted for it. But at least the jail isn't moving to the other side of town.

Voters agreed to a sales tax increase to build a new jail, not to build a new QPD headquarters. But a combined office would be much more efficient and get QPD out of the old and battered 8th and Maine basement.

The buildings on the other side of Sixth Street need to be demolished. At least one of them is leaning sideways and I remember a few years ago it was vacated due to structural issues, so the quicker it comes down, the better.

The country must purchase them and do the work. I would hope the owners of the buildings are reasonable and both sides come to a fair agreement. But I'm not holding my breath.

Bottom line? The jail stays here, and we are relieved. The others issues could be worked out. The sooner construction starts, the better.
Posted by Rodney Hart at 10:16 AM