EVERY COUPLE OF years, Mike Terry at John Wood Community College invites me to his composition class. We talk about the art of the interview, how to get information and prepare, and how important it is to get started right away. The students are required to interview a person who has influenced them.

Mike hands out a copy of a story I wrote for The Herald-Whig a long time ago about a bizarre love triangle and murder in Quincy. It was one of those You Can't Make It Up tales, and it took a lot of work to track down all the people involved and gather the information. 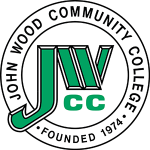 I saw Mike Sunday morning having coffee at EFB with his wife, Jan. He told me about a student in that class a few years back who found the story interesting. It led to the student pursing a degree in forensic science. Now the student is graduating from the FBI and is about to become a field agent.

"She got started in our class and with your story. You had a big effect on her," Mike said.

It's amazing, how many people I run into who say, "You were in Mr. Terry's class and I really liked that wild story you wrote." So I do remember the people who steered me in the right direction when I was a lost college student, especially since it's been 30 years since I graduated from Central Michigan University.

Mike Terry is the man. He's in the Quincy High School Sports Hall of Fame after many years of coaching tennis for the Blue Devils. He's been at JWCC from the start and has guided thousands of young people through junior college and upward and onward. He's one of the coolest cats I've ever met. He freaking rocks and rolls.

He positively influences young people, and we are all better for it.
Posted by Rodney Hart at 12:09 PM