Move out and move on, deadbeat son

THIS STORY HAS been making national news, and it falls under the You Can't Make It Up category.

A 30-year-old man living with his parents is being evicted. The parents want him out. He doesn't want to leave. So they went to court, and what he told the judge and the media after the hearing defies belief. You can read more here.

We know more than a few people like this - we get a few in the store, to be honest. I guess it's just a hard thing to relate to - man, I couldn't wait to get out of the house when I was, uh .... 18? Sheryl was the same way, leaving for college the day AFTER she graduated from high school. I had to live at home my first year of college and I hated it.

Same goes for Emily. She went to Western Illinois for college and thoroughly enjoyed moving out, even though it was in a dorm. She's very independent and thrived when getting out of the house. 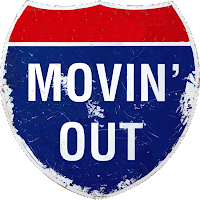 This guy in New York is so blatantly oblivious that it's almost as sad as it is ludicrous and laughable. He simply has no clue or moral compass for being responsible. I could go on about how this seems to be a national trend and starts from the top, but I'll be quiet and stick to the task at hand.

Then again, I know a woman who lives at home who is about my age. She is very close to her family, particularly her mother. She'd rather be around them and they like it when she's around. She is happy, they are happy, so it all works out.

Of course she has a very good job and is a really good person, two huge advantages over the deadbeat son from New York. You really have to wonder how he'd fare out on his own, but by now I think the parents are beyond caring and simply want to get on with their lives - the empty nest thing rocks, you know.

So here's to moving out and being independent, and to parents who lay down the law .... even if they have to go to court.
Posted by Rodney Hart at 10:11 AM