YESTERDAY MORNING, ABOUT one block from where we live in Calftown, a man had his throat slashed. Click here for more info.

We don't know much about the incident. I don't know the people who live in the house, the guy who was arrested, or any of the circumstances. The victim has serious injuries but fortunately didn't die. 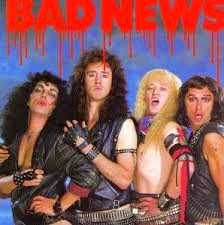 As a neighbor, I should be more interested. But in Calftown, most of us shrug it off and chalk it up to stupid behavior by dumb people. I didn't even know about the incident until getting a text later in the afternoon.

The other news of the day? A woman gets probation for "sexting" a 14 year old boy, a Hannibal man is killed while walking on the highway a night, some car-stealing lunatic is on the loose near Palmyra, and a woman up in Nauvoo has been arrested for allegedly trying to torch the local hotel, where she worked.

In other words, the crime and courts reporter has job security.

Oh - the Cardinals won and the Cubs lost again, too.

Maybe I'll stay off the media websites for a while.