Up goes the river

THE RIVER IS going up, and that means lots of media attention, a closed bridge and prayers it doesn't rain to the north.

The mighty Mississippi River is expected to crest Wednesday at a little less than 27 feet. That's really high, but not nearly as high as 2008 and 1993, watershed flood years around here. 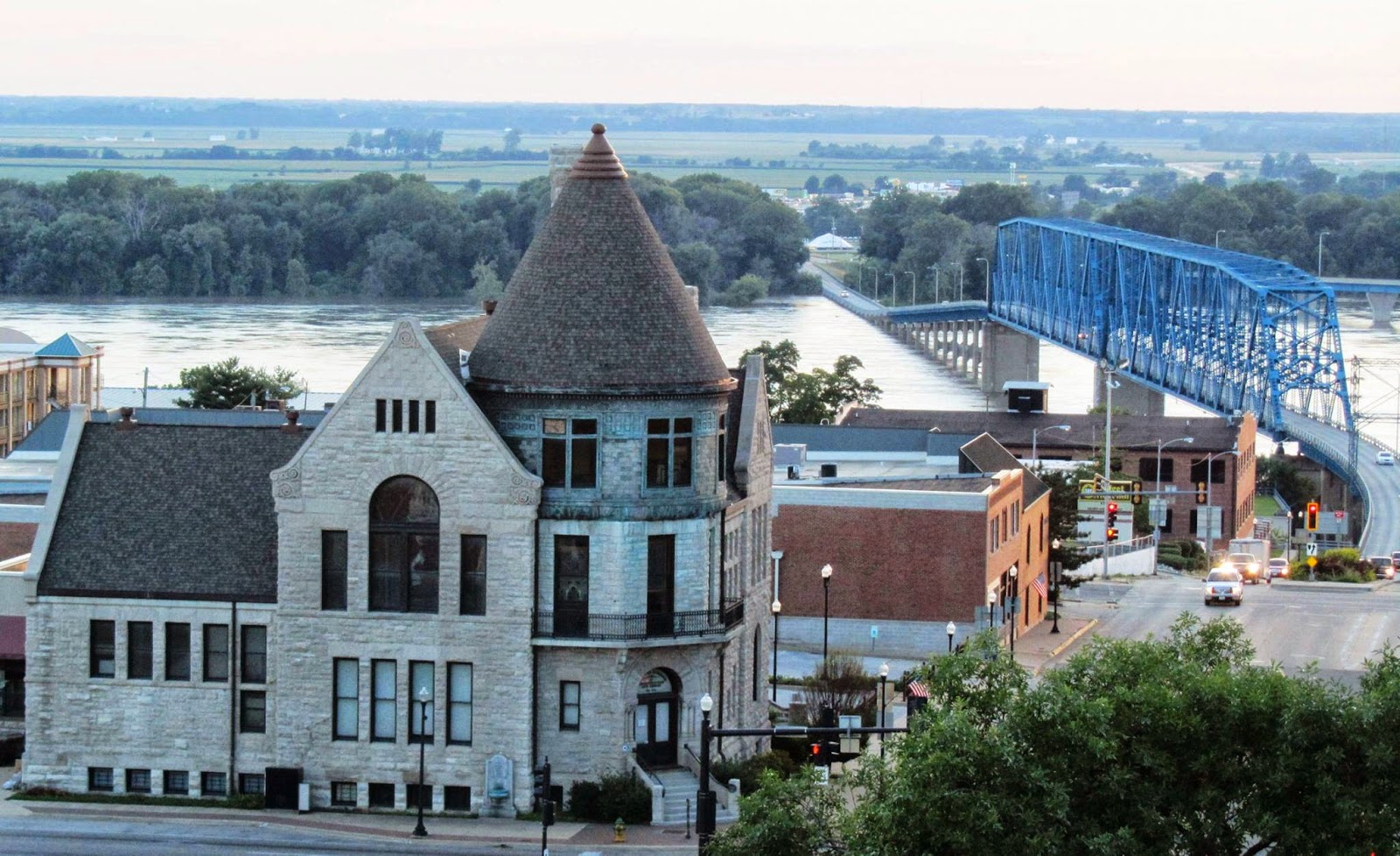 It's really a sight. Our friend Steve Rees has a house on the North Bottoms and the only way to get to it right now is by canoe. Popular Quincy restaurant The Pier is closed. So is the Memorial Bridge. Water is creeping up to the Gardner Expressway. Across the river, towns like LaGrange and Canton are really being hit hard.

I wasn't around in 1993, but in 2008 I was on full river watch with The Whig. I spent an entire day on the West Quincy levee with the legendary and late Chip Gerdes, and it was an amazing (and back-breaking) experience. On a hot summer day, we stopped leaks and boils by piling sand bags with a crew from Knapheide Manufacturing.

I will never forget going to Bob Mays' house in Spring Lake to get a view of the broken Indian Graves  levee. You could hear the water rushing through the break from several miles away.

Later I went on a night patrol along the West Quincy levee and learned how to check for boils and leaks with my feet. You haven't lived unless you've walked beside the Mississippi River in moonlight, heard the owls hoot and literally feel the water moving beside you.

We tend to take the river for granted around here. It really is a magnificent thing, and terrifying at the same time when it goes up. The Cheeseburgers played Saturday night at the Keokuk Yacht Club, which is north of the dam, and there were very few boats in the river because of the swirling debris and heavy current.

We play Friday night at the Y Men's Pavilion in Hannibal, and I'll have to scramble up the levee to get a look - I won't have to look down very far to see the swollen river.

Be safe out there! It will go down and things will be back to normal, but summer flooding is a good reminder about the power of the river.
Posted by Rodney Hart at 10:45 AM