No, we aren't playing that

WE HAD ANOTHER head-spinning weekend of fun in the Q-town. Cori and I had a blast at The Blind Pig Friday night, and we enjoyed hanging with the boys from Vertigo at The Dock Saturday night.

When I go to see a band, I want to enjoy myself, knock back a lemonade or two and not worry about putting on a show - I want to see the show. If I get asked to jump up there for a song, no problem. If I'm playing and I see somebody I know, same thing.

Friday night, we made Liz Bentley come up and Imagine her Dragons flying around, and then made Cori's favorite Pistol Annie singer, Adam Yates, jam with us near the end of the night. Great fun.

Cori and I were asked to do a song with Vertigo, and again, it was a blast (once the dumb guitar player finally remember the key). Ahem. 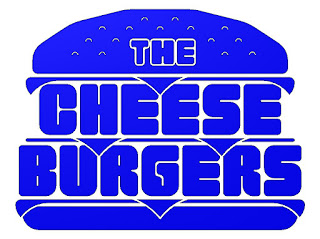 Here's a general rule about going to see a band and rocking the night away - let the band do what they do. Don't come up and say, "My girlfriend is a real good singer and she wants to sing a Miranda song." If we don't know you that well, don't be offended if you aren't asked.

It's the same with songs. "C'mon man, you gotta play 'Mustang Sally'" said the slightly wobbly woman. If we can, we will. If we can't or won't, we won't.

Playing in a band is so much fun, but it's a lot of work. The Cheeseburgers are now less than three weeks away from debuting the "Hot Off The Grill" tour. We have learned a bunch of songs and it hasn't been easy - it takes time and effort. We think it will be a blast to unleash new Cheese, but for now, we probably won't invite a ton of people up to sing with us.


Enjoy the show. It's More Fun Than You Should Be Allowed To Have!
Posted by Rodney Hart at 10:51 AM