Ghost of Santa in our building

OUR FRONT DOORS keep opening by themselves. It's the wind at Fifth and Maine, or so they say.

The other day at Quincy Audiology, at Eighth and Maine, their front doors kept opening by themselves, too. "The door is loose. We've already called to have it checked," said owner Kevin Ballard.

I was going to mention Dr. Ballard removed several pounds of wax from my ears, enabling me to hear properly for the first time in weeks, but that's kinda gross and I wouldn't want to get away from this story. Right.

This morning the wind is howling again and the doors at Second String Music keep flying open. In a previous post I surmised that it was the ghosts of the bankers who used to work in our building. At this time of the year, I think it's the ghosts of Santas past. 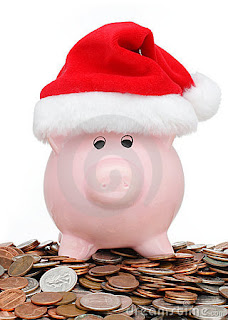 During our amazing District Loft Tours 12 nights ago, several people said they remembered coming into our building to see Santa during Christmas. Apparently he had a house in Washington Park, but when it got too cold, he'd come into the back and receive the throngs of kids. "The lines would go out the door," one woman said.

Aha! That's it! The doors are being opened to let more kids in to see Santa. Granted, the bank closed more than 50 years ago, but what's a little time to a bunch of hopeful spirits hoping to see the fat guy in red?

We need to get the door fixed - it's a nasty cold wind out there today - but I'll let the ghosts of Christmas pasts in
to Second String Music myself. Not that they'd need a door, or anything.
Posted by Rodney Hart at 9:53 AM