Outside People and trash 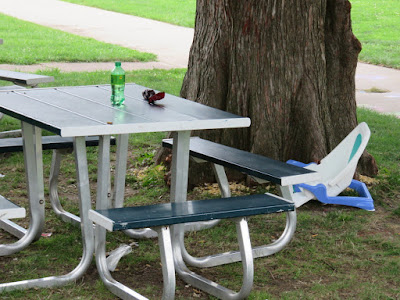 IT'S BEEN A quiet summer when it comes to Outside People in Washington Park. We had some major issues last year, but none this year. The core group of maybe five to eight people show up when it gets light out, and they are still sitting at picnic tables when we leave between 6 and 7 p.m.

I don't like them, but really, what can you do? They sit there and solve the world's problems, they don't bother anybody, and that's that. They litter the ground with cigarette butts, but until now they haven't been messy.

Notice I said "until now." 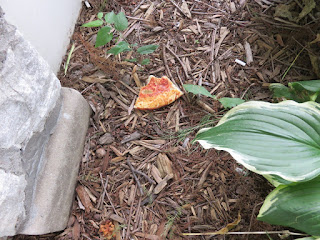 I went into Washington Park yesterday and walked the dogs past two picnic tables by the gazebo. It was gross - pieces of rancid pizza on the ground next to sweet rolls. There appeared to be an entire box of cereal dumped by a tree trunk. There was a soda bottle and roll of crackers on top of a table. There was a baby seat by a tree. There were candy wrappers, a child's toothbrush and other debris on the ground.

The Outside People had moved over to another part of the park. I don't stick my head out of the door every five minutes, but Sheryl and I both come and go from the store all day - we can plainly see the tables from the store. It is their usual spot but it must have gotten too foul and they had to relocate to funk up another spot.

If you are going to live in the park, fine. You aren't breaking any laws and you aren't bothering anybody. I get that. And maybe we have a lot more important things to worry about in downtown Quincy than a pizza joint delivering to the flowerbed by the gazebo.

But this is our park. We take pride in it - it anchors downtown Quincy. It should be enjoyed by everybody. The fountain has been packed at times during the hot summer days. And in three days we have another Blues In The District.

The Quincy Park District does a good job of maintaining the park. I have forwarded photos of the trash to them and this issue will be discussed at their monthly meeting Wednesday. I'm not getting into a confrontation with Outside People, and I'm sure they will claim they are being harassed if this issue is pointed out to them.

But I've had enough. The next time I see them littering, or if somebody drops a cigarette butt out of a car window at Fifth and Maine, I'm not just watching.

Keep it clean, Outside People. Is that too much to ask? 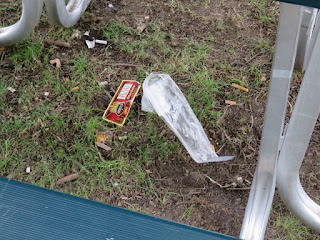 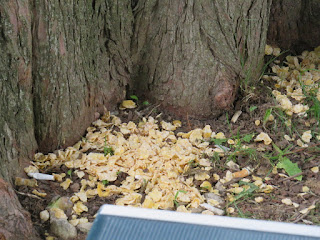