THE THING ABOUT rock and roll is that it makes you young again. For a short time. Until the next morning arrives.

The Cheeseburgers had a blast at the Camp Callahan Summer Jam in Camp Point Saturday. The crowd got into it and we got into a groove and cranked it out, and it was so much fun. It would be a good idea to wear a FitBit and see how many miles I walk/run/dance during a show, because it's a massive workout.

What people don't realize is how much work goes into setting up, then tearing down. So Sunday Morning Coming Down is a real thing. This past Sunday morning I could barely get out of bed, and I was hurting for two days.

I am not complaining here. It's part of life, getting older, realizing you aren't 22 years old again. I'm 54 and feeling every day of it. And it's OK. 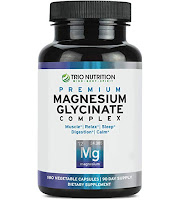 Sheryl gave me a back and leg rub with CBD oil and it really helped. Last night I took 600 mg Magnesium Glycinate for my sore leg muscles and it worked wonders. We just walked the dogs with Sheryl's niece, Kristie, and it was nice to move without jolting pain in the calf muscles. I even walked extra after they took off.

We have two weekends coming up where The Cheeseburgers are playing on both Friday and Saturday nights. Geesh. It's a marathon, not a sprint, and we'll try our best to be careful. But playing music is so much fun and you get to moving and cranking it out, and before you know it you are doing cartwheels and back flips up there and it's just part of the show.

We're gonna keep rocking and we're gonna keep using the official fragrance of The Cheeseburgers, Ben Gay, and we aren't going to stop until the last muscle is pulled and the last pain pill is popped.

Just don't call me too early the morning after a show.
Posted by Rodney Hart at 9:07 AM