Mice, dogs and a hockey stick

A FEW NIGHTS ago Sheryl noticed mice droppings in our food pantry. This made Sheryl mad. This meant a mouse was going to die.

"Listen," said Sheryl to Lucy, the Queen of Calftown and our Border Collie of Doom. "We have a mouse in the house. It is eating your dog treats. GIT IT DANGIT. And that's an order."

Lucy, with her wise Aslan-like face and all-business demeanor, nodded her head as if to say, "Chill, human slackers who don't let me outside nearly enough and make me wear silly kerchiefs. I got this. Just keep my stupid sister out of the way."

Her stupid sister, of course, is Bella The Destroyer, a lab mutt who is dumber than a box of rocks. Bella is, however, quite good at catching moles during our walks in Woodland Cemetery. She has single-pawedly reduced the mole problem at Woodland over the years, and it's amazing to watch. Bella will somehow get the scent or sense the mole's movement from a great distance, and she'll run over, dig it up and very gracefully snap its neck, all in one fluid motion. There's no blood and the whole thing is quite surgical.

The mouse entered the house through a hole in a basement wall and left quite a mess. Sheryl stuffed the hole and we waited for the inevitable carnage, knowing the mouse had to show its face at some point.

Last night while I was dozing on the couch (I know, you are stunned at the revelation), Sheryl heard a commotion in our bedroom. Lucy came out whining, a very unusual thing, and Bella was snapping at something. Sure enough, Bella had cornered the mouse, but it escaped and ran under the dresser. Sheryl screamed and ordered the dogs to "git it," and the mouse then scampered under the bed.

That brought out "Billy Baroo," my old Alpena hockey stick. Sheryl stood on the bed, the dogs assumed attack position, and I leaned down to look.

Sure enough, there was the frightened mouse, all three inches of it, cowering by Sheryl's shoes. A sweep of the hockey stick sent it scampering back to the dresser, then back under the bed again. By this point we were screaming, the dogs were howling and I'm stunned the neighbors didn't call the cops. 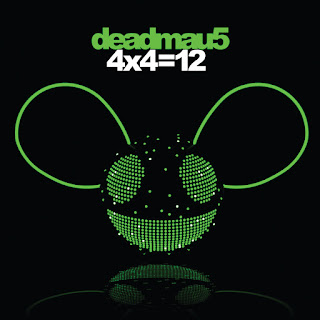 Finally, Mr. Mouse made the fatal mistake of coming out where Bella stood, and after one flick of Bella's jaw, it was all over. Lucy had to play with it a little bit too and Sheryl adroitly pointed out the tail was longer than the mouse, which Lucy demonstrated by dragging the mouse by its tail.

I got work gloves and took the mouse outside to its final resting place. Sheryl refused to take a picture. The dogs were quite pleased with themselves, and there is no more mouse in the house.

This morning, Mouse No. 2 found out the hard way that hiding under the vacuum cleaner will not keep you from the Queen of Calftown, who made quick work of the rodent. It makes me wonder how many more are in the house, which means our dogs need to be on extra alert.

If Mouse No. 1 and Mouse No 2 have a friend, it will be Dogs 3, Mice 0, with an assist from the Alpena hockey stick. Guaranteed.