This is a story of stupid people doing stupid things, and the police catching a break that got the perps caught.

Two weeks ago, Travis Brown and his Historic Business District crew put flowers in numerous sidewalk planters. Most were petunias and geraniums. They put a big geranium right in the middle and small petunias around the sides.

They put considerable time and expense into the project. It made downtown look a lot nicer. There's one right outside Second String Music. 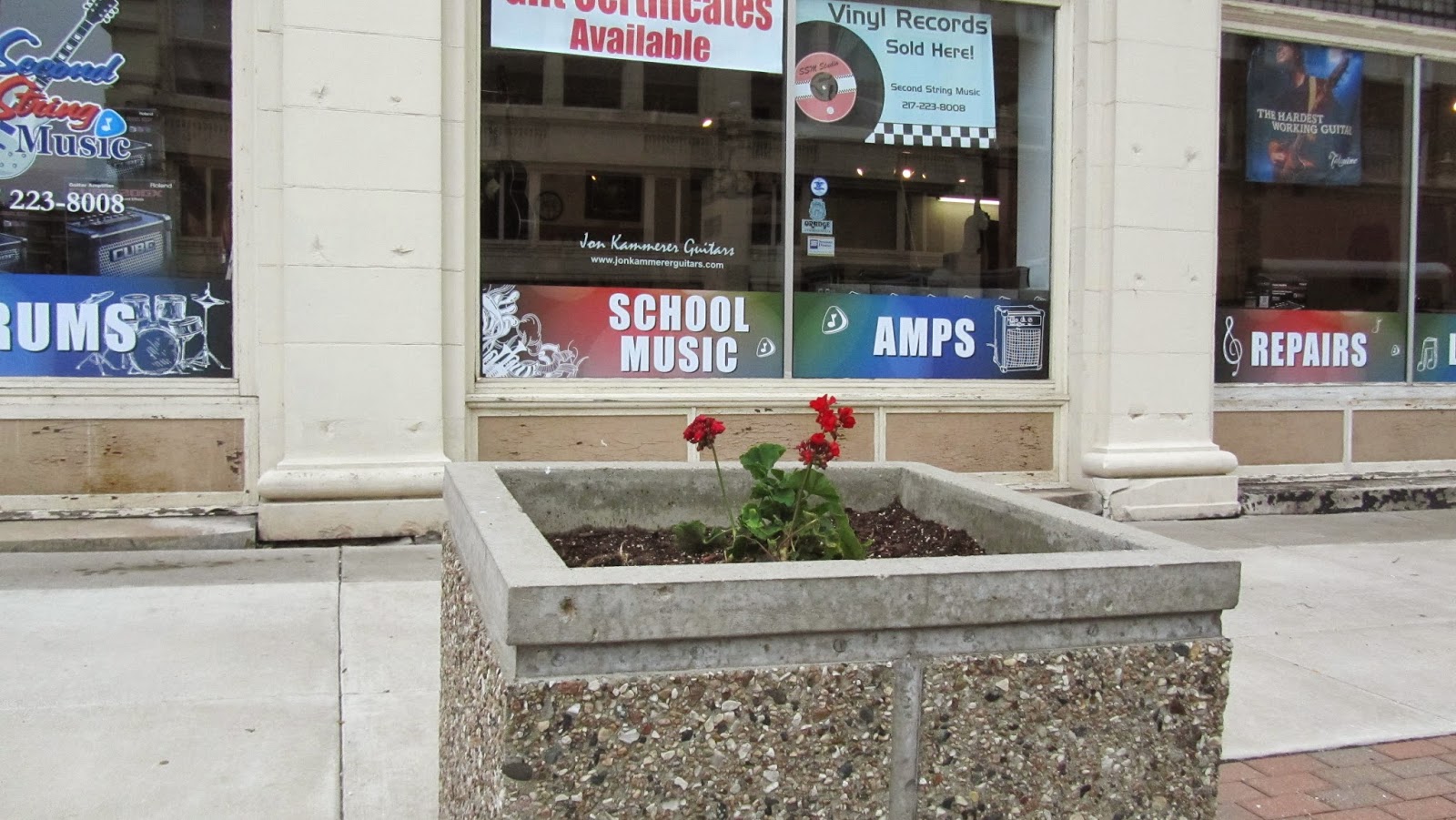 About a week ago, somebody went to the great length and trouble of pulling the flowers out of the beds. In several locations, they simply took great clumps of dirt and threw everything on the sidewalk. For some reason, the large geranium in our bed wasn't touched, but all the smaller ones were ripped out.

Who, or what, would do such a stupid thing?

Travis put the word out he was looking for the flower killers. Turns out that a guy who lives near Eighth and Maine has video cameras pointing to the sidewalk. A Quincy Police officer showed up and looked at the tapes, and noticed somebody pulling flowers out of the bed.

Caught ya, dirtball. And yes, I'm calling you a dirtball. I don't know anything about you, and it's a decidedly un-Christian attitude, but really - killing innocent baby flowers? Really? REALLY?

Turns out they made two arrests, and one of the alleged flower killers was something like 20 years old. If they plead or are found guilty, I hope they are sentenced to community service, which includes cleaning my backyard from massive Bella poo piles.

Or planting flowers downtown, and watering them, and picking weeds, and making sure the video cameras work.