SO I'M PLAYING at a local establishment a few weeks ago and two young people are with their parents. They have their phones out and are staring intently at their screens. They never lift their heads - ever. They stab at the letters and frown intently as the phones beep and burp and light up. Then one of them laughs. Ahhhh ... communication. From what I remember, it was a pretty good show, or so I read by text the next day. 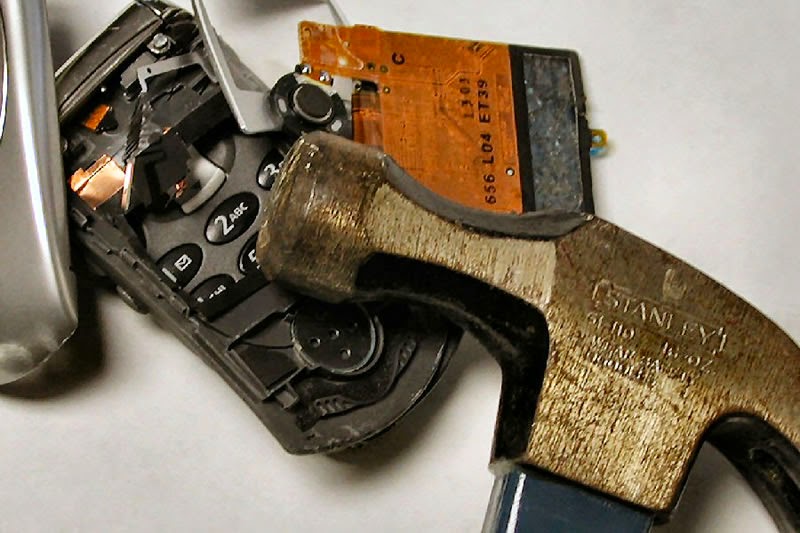 Sheryl warned me about getting sucked in by my iPhone. I've tried to be good, but sometimes I fiddle with it and get lost. Never in the car, mind you, but lost is lost.

I'm at a restaurant down the street picking up breakfast. A young man, maybe 20, is sitting with his mother. She is trying to talk to him. He has his phone out. His eyes never leave the screen and he sends out approximately 3.75 million messages in 10 minutes. His mother gives up talking to him.

I'm at Fifth and Maine, crossing the street. A young gal is in a car right in front of me. The light turns green. The car doesn't move. She is staring at her phone, ignoring the guy behind her honking his horn. She completes the all-important task of texting somebody - "Hey Im at 5th Maine hlding up traffic LOL." Then she zooms away as the light turns yellow.

Last night, a woman parks her car on State Street by 10th, not far from our house. She lives across the street. She gets out and gets hit by a car, and now she's in critical condition at the hospital. Police say she was talking on her cell phone when she tried to cross the street. She got a ticket for illegal pedestrian use of a roadway.

Don't bother to call me. I've thrown my phone away.
Posted by Rodney Hart at 10:26 AM