TODAY IS "CAN'T Move Monday." As in, we did way too much Sunday.

It's our only day off, since we are in the store the other six days of the week. Sheryl started digging holes in the yard in the morning and it went downhill from there. She weeded the other side of the fence and went to Lowe's while I went on a long bike ride. Then it was about 2 p.m. and I couldn't move - the back doesn't lie when you overdo it. 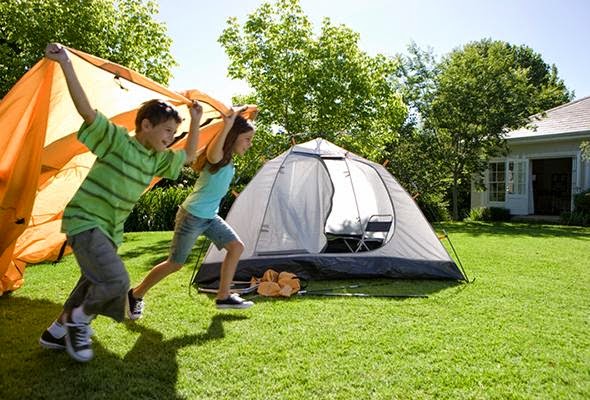 After supper, I got out our two tents and set them up in the backyard. Sheryl took a couple of pain pills. Her back doesn't lie, either.

Sunday is supposed to be a day of rest. I'm very good at doing nothing and that's what normally gets done. But I have to admit it feels good to get a bunch of stuff accomplished.

Next Sunday Sheryl is threatening to dig out the garden and make it twice as big.