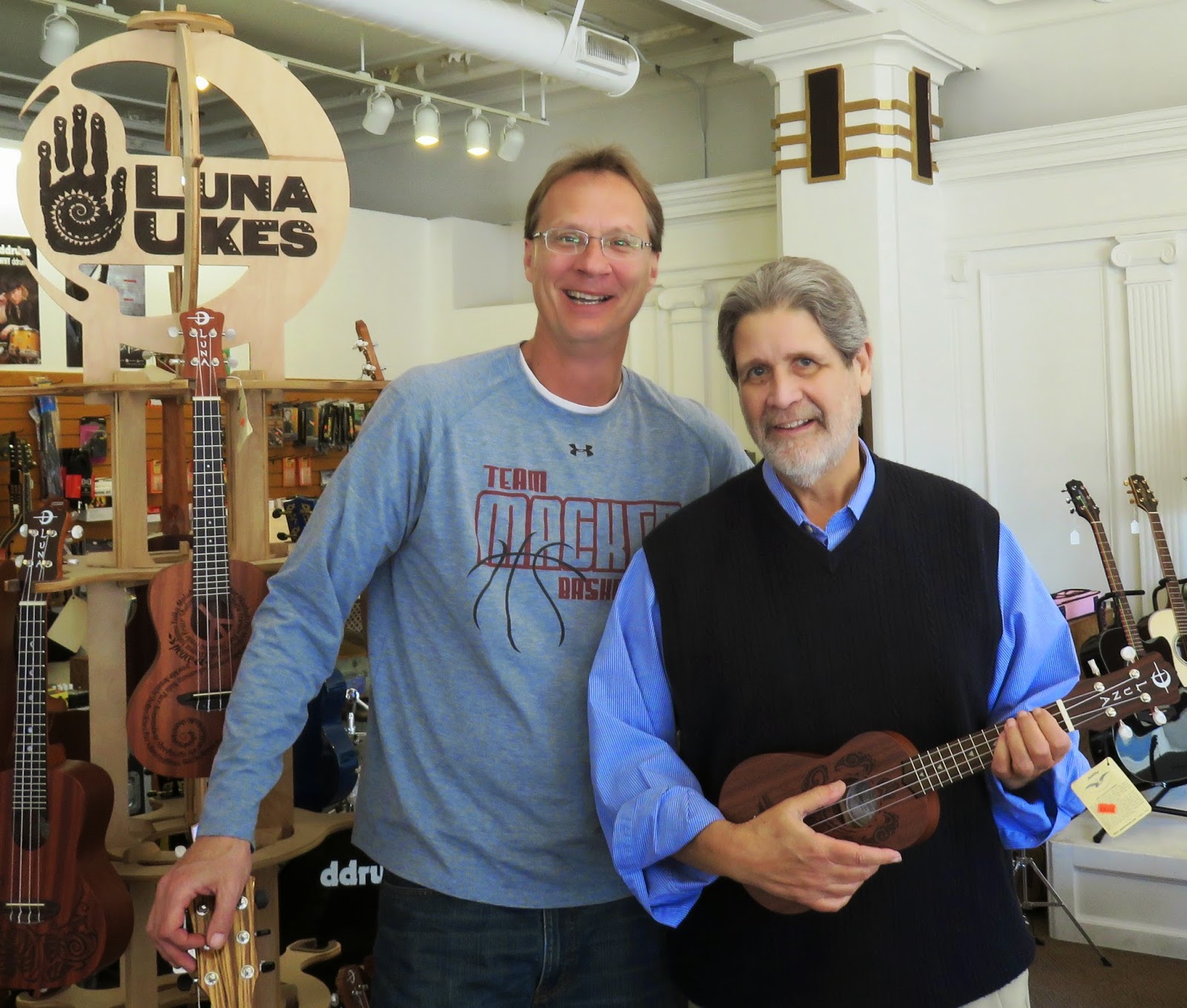 LAST WEEK WE sold a beautiful Luna ukulele to former Quincy Mayor Chuck Scholz. To say he's a bit motivated to learn is an understatement.

Chuck had liver cancer and things were not good. He was on a list for a transplant. He hasn't talked much about it, but I'm pretty sure there were lots of stops and starts, highs and lows. Finally, last month, he got a new liver.

Chuck bought the uke because he wants to play a few songs for his grandkids. He's been given his life back and he wants to make the most of it. Because of the anti-rejection meds he's keeping a low profile, but after I heard his story I agreed to give him a lesson, even though I'm not much of a uke player.

So we hung out yesterday and he learned to plink out a few notes and get going. It's more proof age and experience matters little - it's how bad you want to learn and play. Chuck found out it's not that hard and it's actually fun.

He was mayor when I moved to Quincy 19 years ago and I'll always think of him as the mayor, one of the good guys around here. I'm glad he has a second shot and we wish him nothing but the best in health and the pursuit of musical knowledge.